That many songbirds sing their songs over and over again in an effort to master them before performing in front of potential mates is well known. What has remained less clear is whether they also practise the visual displays that they often use alongside their songs. Research published this week in Royal Society Open Science reveals that they do. The team studied male Java sparrows that dance with bounces and make wiping motions with their bills in an effort to convince females to mate with them. The researchers watched the males in captivity and found that they repeatedly practised dancing early in life in front of their mothers and fathers long before they were ready to breed. While their moves were not particularly good at the start, all males dramatically improved over time, suggesting that the parents may well be providing valuable feedback, and that awkward adolescent dancing may extend beyond Homo sapiens.

The ladybug bloom appears to be about 80 miles by 80 miles, but the ladybugs aren’t in a concentrated mass that size; they’re spread throughout the sky.

How do we come up with ideas? How do we make decisions? And how can we do both better? Steven Johnson has explored this question and written a dozen books about it. In this playful, thoughtful episode, Steven has some fascinating stories, like how Darwin made the decision to get married — or how a defecating duck helped lead to the invention of the computer. Through their own stories, Steven and Alan Alda share their thoughts about the transformative nature of ideas and what sort of environments best give rise to creativity.

I love the idea of the slow hunch discussed here. It’s part of the reason I keep a commonplace book. Johnson also discusses his own personal commonplace book, though he doesn’t give it that particular name here.

The commercial about Alda Communication Training makes me wonder if they recommend scientists and communicators have their own websites? In particular, I’m even more curious because of Johnson’s mention of his commonplace book and how he uses it in this episode. I suspect that scientists having a variety of interconnecting commonplaces (via Webmention) using basic IndieWeb or A Domain of One’s Own principles could better create slow hunches, create more links, increase creativity and diversity, and foster greater innovation. I’ll have to follow up on this idea. While some may do something slightly like this within other parts of social media, I don’t get the impression that it’s as useful a tool in those places (isn’t as searchable or permanent feeling, and is likely rarely reviewed over). Being able to own your digital commonplace as a regular tool certainly has more value as Johnson describes. Functionality like On This Day dramatically increases its value.

But there’s another point that we should make more often, I think, which is that one of the most robust findings in the social sciences and psychology over the last 20 years is that diverse groups are just collectively smarter and more original in the way that they think in, in both their way of dreaming up new ideas, but also in making complicated decisions, that they avoid all the problems of group think and homogeneity that you get when you have a group of like minded people together who are just amplifying each other’s beliefs.—Steven Johnson [00:09:59]

Think about a big decision in your life. Think about the age span of the people you’re talking to about that choice. Are they all your peers within three or four years? Are you talking somebody who’s a generation older and a generation younger?—Steven Johnson [00:13:24]

I was talking to Ramzi Hajj yesterday about having mentors (with a clear emphasis on that mentor being specifically older) and this quote is the same sentiment, just with a slightly different emphasis.

One of the things that is most predictive of a species, including most famously, humans, of their capacity for innovation and problem solving as an adult is how much they play as a newborn or as a child.—Steven Johnson [00:28:10]

Play is important for problem solving.

I think you boil this all down into the idea that if you want to know what the next big thing is, look for where people are having fun.—Alan Alda [00:31:35]

This is interesting because I notice that one of the  binding (and even physically stated) principles of the IndieWeb is to have fun. Unconsciously, it’s one of the reasons I’ve always thought that what the group is doing is so important.

The only that will make you feel better every time you use it.

I was looking for an app or tool just like this!!

Nice tangential mention of IndieWeb hiding in here too. 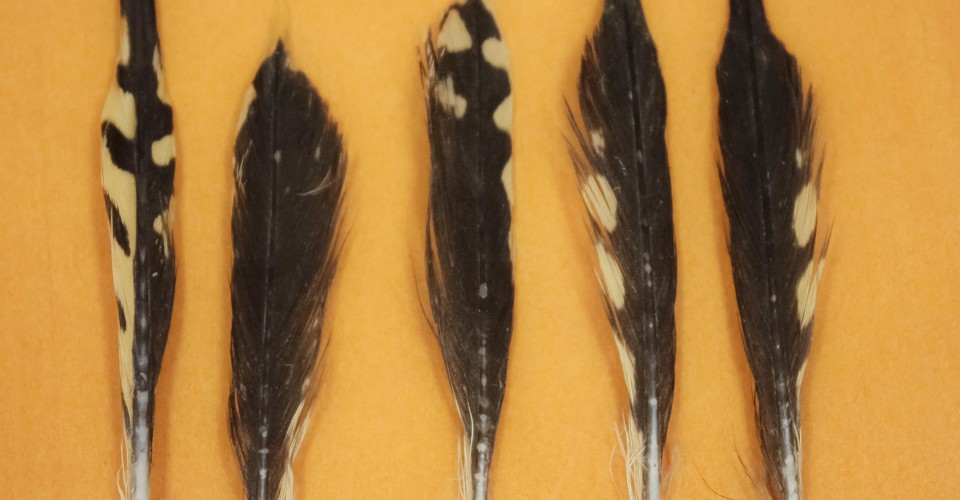 Butterflies from Mexico have been migrating north for the past day or so. Today several thousand small butterflies made their way through our yard heading roughly Northwest in the last hour or so. It would have been more impressive if they were a tad larger, but sadly I didn’t get any great/awesome photos of the experience. 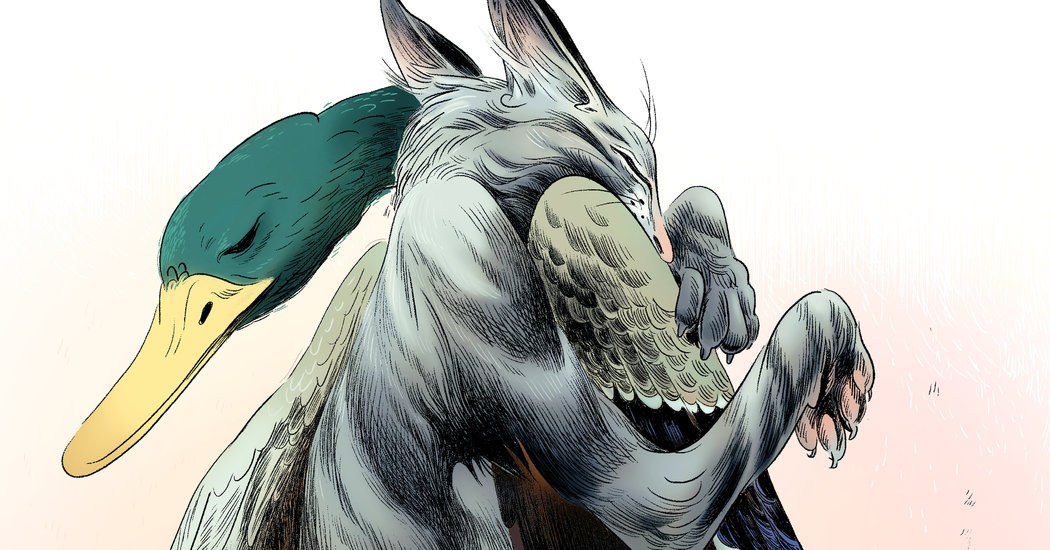 In his new book, the renowned ethnologist argues that emotions are key to understanding both human and animal behavior.

In 1964 Quastler's book The Emergence of Biological Organization was published posthumously. In 2002, Harold J. Morowitz described it as a "remarkably prescient book" which is "surprisingly contemporary in outlook". In it Quastler pioneers a theory of emergence, developing model of "a series of emergences from probionts to prokaryotes".

The capability for self-replication, a fundamental feature of life, emerged when double-stranded polynucleotides disassociated into single-stranded ones and each of these served as a template for synthesis of a complementary strand, producing two double-stranded copies. Such a system is mutable since random changes of individual bases may occur and be propagated. Individual replicators with different nucleotide sequences may also compete with each other for nucleotide precursors. Mutations that influence the folding state of polynucleotides may affect the ratio of association of strands to dissociation and thus the ability to replicate. The folding state would also affect the stability of the molecule. These ideas were then developed to speculate on the emergence of genetic information, protein synthesis and other general features of life.

Lily E. Kay says that Quastler's works "are an illuminating example of a well reasoned epistemic quest and a curious disciplinary failure". Quastler's aspiration to create an information based biology was innovative, but his work was "plagued by problems: outdated data, unwarranted assumptions, some dubious numerology, and, most importantly, an inability to generate an experimental agenda." However Quastler's "discursive framework" survived.

Forty-five years after Quastler's 1964 proposal, Lincoln and Joyce described a cross-catalytic system that involves two RNA enzymes (ribosymes) that catalyze each other's synthesis from a total of four component substrates. This synthesis occurred in the absence of protein and could provide the basis for an artificial genetic system.

There was a single used copy in the UK for $12.49 and all the rest are $149.00+ so I snapped it up. Should be an interesting read in and of itself, but I suspect it’s got an interesting niche of the history of science covered with respect to bit history, complexity, and biological organization.

Should arrive some time between March 13 – March 25.

I’d love to have a copy of this book that I don’t think I’d heard of before. I’ve got his later Symposium of Information Theory In Biology (1958) already. That volume gives credit to this prior book as inspiration for the symposium.

I suspect based on the Wikipedia article for Quastler that this may also be the same book as the slightly differently titled Essays on the Use of Information Theory in Biology. (Urbana: University of Illinois Press, 1953). There’s also a 1955 review of the text with this name available as well.

Google uses the first title with 273 pages and the Symposium text specifically cites Information Theory in Biology as the correct title several times.

The tough part seems to be that there are very few copies available online and the ones that are are certainly used, in poor condition, and priced at $100+. Ugh…

We humans have reduced the biomass of life on earth by 50% #bighistory pic.twitter.com/dlDypTlU1l

That kernel of wheat isn’t actually a seed or a berry, at least not to a botanist. I have no intention of getting into the whole pointless is it a fruit or a vegetable debate, so lets just agree that no matter what you call it, the wheat thing is made up of three major parts: bran, endosperm and germ. In this episode, a little about each of those parts and what they do for wheat.

Norman Borlaug created the wheats that created the Green Revolution. They had short stems that could carry heavy ears of wheat, engorged by loads of fertiliser. They were resistant to devastating rust diseases. And they were insensitive to daylength, meaning they could be grown almost anywhere.

All three traits had been bred into wheat 40 years before Borlaug got going, by the Italian pioneer Nazareno Strampelli.

Photo is a 1933 medal to honour Nazareno Strampelli.

I’d never heard the quote from the episode, but it is a painful, but wonderful, concept to contemplate. Here’s an alternate, but somewhat more flowery translation:

History celebrates the battlefields whereon we meet our death, but scorns to speak of the ploughed fields whereby we thrive; it knows the names of king’s bastards, but cannot tell us the origin of wheat. That is the way of human folly.

When humans take the drug MDMA, versions of which are known as molly or ecstasy, they commonly feel very happy, extraverted, and particularly interested in physical touch. A group of scientists recently wondered whether this drug might have a similar effect on other species—specifically, octopuses, which are seemingly as different from humans as an animal can be. The results of their experiment, in which seven octopuses took MDMA, were “unbelievable.”