Our next weekly Kids Events Working Group chat is happening this Thursday, 25 April 2019 at 2100 UTC/ 5pm EST. This chat will occur in the Make WordPress Community-Team Slack channel. Agenda Update…

Sandy, it was great to meet you at WordCamp Orange County. I’m glad you came out and I was able to run into you. Sorry I’ve missed the meeting by a few days, but I’ll try to be around and help out in the future.

Watched pieces of this yesterday and today at 1.5-2.0x speed. Not much new here for me.

Every version of PHP from 7.0 and below has been designated end of life (EOL). Currently, WordPress’ minimum PHP requirement is 5.2.7 which was EOL’d over 8 years ago.

This presentation will attempt to describe the safeguards put in place to avoid breaking the internet.

While they may often seem highly technical (but really aren’t), Andy’s talks are always great because he helps to uncover some of the very subtle clues to unwinding the WordPress community, how it works, and how to more easily participate in and contribute to it at more advanced levels. While I get a lot of fun technical tidbits out of his talks, it’s really the culture portions that are subtly far more important.

Thanks Andy, sorry I couldn’t be there to support you in person.

I’ll note that while not traditional slides that Andy has posted the bulk of his talk with images and text here: Bringing WordPress Core to PHP 5.6 and Beyond

In my session I will be exploring several ways to create a cohesive branding strategy, by delving into posting schedules, content strategies, relevant social media (what you actually need), and more. By the end we will all have (hopefully) learned something about what the current web users consider important, and what actually attracts your targeted audience.

I had a great time at WordCamp Orange County this weekend. Apparently it was so much fun and I got so wrapped up that I did a less than stellar job of documenting as much of it as I would have liked in my digital commonplace book. I do wish I had thought to take way more pictures. Fortunately there are enough snippets and photos from others that I’ll remember the highlights. Hopefully the sessions I missed will pop up on WordPress.tv soon.

I’ve already begun digging into some follow up and what comes next. One of my favorite ideas is doing a future WordCamp for Kids in the Los Angeles area. I’ve also begun thinking of some future volunteering-related projects at larger scale, but more on that later.

Thanks again to all the volunteers, sponsors, and attendees who helped to make it such a great camp!

I’m pretty sure I caught the right people in person, but I’ll say it again that this was one of my favorite camp themes of all time.

I was at the awesome WordPress Orange County all day yesterday and attended remotely via live stream for portions of today.

While I was there, my gut feeling after looking at the rest of this year’s calendar was confirmed. I heard from several people that WordCamp Los Angeles and WordCamp San Diego aren’t being planned for this year as they typically would be. Naturally I’m distraught at the thought, but I’m also wondering if part of the reason is that there are several smaller nearby regional camps that have popped up over the past year? Some of these newer camps include WordCamp Riverside, WordCamp Santa Clarita, and the upcoming WordCamp Long Beach.

This trend can be an interesting one in large part because it means that the community is growing in size and sophistication as well as leadership to be able to sustain these new area camps. It’s good to have been able to have gone to two camps within driving distance in the last two months and also know that there are two more camps within that same distance before the end of the year. Instead of having one or two major camps nearby, I’ve now got twice the amount.

Of course, with all the extra awesomeness that this provides, I also wonder about the ideas of community cohesion, leadership, continuity, and even burnout. Should we have better regional conversations about these camps, their timing, and their content? Are we possibly spreading ourselves too thin? Is there enough leadership and continuity to continue all these individual camps on an annual basis for the next 5 years? Are the benches deep enough that we’re not working toward burning ourselves (and our volunteer base) out? Would it be better to have a little less? Should we alternate having bigger camps in LA and San Diego with the smaller ones in nearby cities? What does that look like? Are we thinking about longer term sustainability?

I’m mulling over the idea of spearheading either a WordCamp Los Angeles, to keep the central continuity, but I’m also wondering about doing something like that with a slightly smaller Pasadena Camp. I also started a discussion yesterday about doing a kids’ WordCamp in the LA area when I found out that there is already some organization and institutional support for these in other cities. And of course this all comes with my pre-existing plans for doing a local area IndieWebCamp sometime within the next calendar year. All of these ideas are appealing to me, but I only have a finite amount of time for planning and executing them.

In the coming weeks, I’d like to reach out and touch base with all of these nearby camps to hear other’s ideas on the topic and their long term plans to see what the best way forward might look like. Has the central organization run across these rapid growth problems in other metropolitan areas in the past? What was were the near-term and longer-term results? Without some additional data, I feel like I’m operating in a bit of a vacuum. Is it possible that as a major market city that the LA area is the first to see potential effects like I’ve described?

This post mostly serves as an informal dump of some preliminary ideas and potential concerns for the future; I’d welcome ideas and additional thoughts.

Great to be able to watch the live stream of this from home even though I couldn’t be there in person. 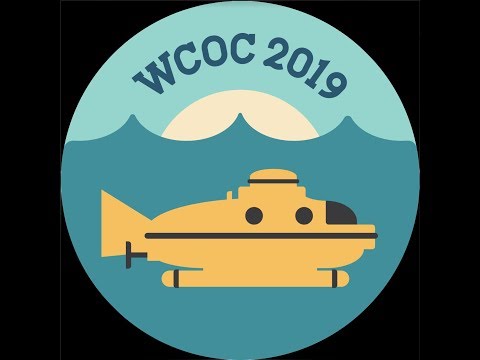 Live video from The Beach and The Deep

Joining in the WordCamp Orange County after party.
5 Comments on
Impromptu dinner with Alicia St. Rose and discussion of the first day at WordCamp OC.
1 Comment on

Join Mark Maunder for the Think Like a Hacker podcast as he and Kathy Zant cover interesting topics related to WordPress, security and innovation.

Briefly ran into Mark Maunder as I was leaving for the day and he reminded me of WordFence’s podcast.

They’d taped an episode before lunch today with Andy Fragen that I definitely want to catch when it comes out.

Demo of micropub.
Hanging out at the Liquid Web table at Word Camp OC.

In homage to the The Life Aquatic with Steve Zissou (2004), WordCamp Orange County was giving out these awesome hats! Definitely best theme ever.