As I continue reading and sometimes re-posting things written on this day, I've decided to do one more thing at the end of a session: go to a random site in the IndieWeb WebRing. Today, I found something that resonates down the years: how to organise the content of a weblog.

These are fascinating questions, though looking at them from various perspectives and imagined audiences over time scales makes them more intriguing.

Most often we privilege the chronological time order because that’s how we ourselves live them, write them, and how much of our audience experiences them.

But consider looking at someone’s note collections or zettelkasten after they’re gone? One wouldn’t necessarily read them in physical order or even attempt to recreate them into time-based order. Instead they’d find an interesting topical heading, delve in and start following links around.

I’ve been thinking about this idea of “card index (or zettelkasten) as autobiography” for a bit now, though I’m yet to come to any final conclusions. (References and examples see also: https://hypothes.is/users/chrisaldrich?q=%22card+index+as+autobiography%22).

I’ve also been looking at Walter Benjamin’s Arcades Project which is based on a chunk of his (unfinished) zettelkasten notes which editors have gone through and published as books. There were many paths an editor could have taken to write such a book, and many of them that Benjamin himself may not have taken, but there it is at the end of the day, a book ostensibly similar to what Benjamin would have written because there it is in his own writing in his card index.

After his death, editors excerpted 330 index cards of Roland Barthes’ collection of 12,000+ about his reactions to the passing of his mother and published them in book form as a perceived “diary”. What if someone were to do this with your Tweets or status updates after your death?

Does this perspective change your ideas on time ordering, taxonomies, etc. and how people will think about what we wrote?

Also in reply to:

If you’re curious about doing this from digital to print, you’ll find some interesting pointers/ideas at these two links:

God dammit, I didn’t want to blog again. I have so much stuff to do. Blogging takes time and energy and creativity that I could be putting…

In the Emacs world (and in many other domains, some of which we’ll explore below), when they make an API obsolete, they are basically saying: “You really shouldn’t use this approach, because even though it works, it suffers from various deficiencies which we enumerate here. But in the end it’s your call.” ❧

It’s a sure sign, when there are four or five different coexisting subsystems for doing literally the same thing, that underlying it all is a commitment to backwards compatibility. Which in the Platforms world, is synonymous with commitment to your customers, and to your marketplace. ❧

I wonder if there were some larger breaking changes in Drupal 7 and 8 that removed their backwards compatibility and thereby lost them some older websites?
Annotated on August 15, 2020 at 11:03AM

So let’s say Apple pulls a Guido and breaks compatibility. What do you think will happen? Well, maybe 80–90% of the developers will rewrite their software, if they’re lucky. Which is the same thing as saying, they’re going to lose 10–20% of their user base to some competing language, e.g. Flutter.Do that a few times, and you’ve lost half your user base. And like in sports, momentum in the programming world is everything. Anyone who shows up on the charts as “lost half their users in the past 5 years” is being flagged as a Big Fat Loser. You don’t want to be trending down in the Platforms world. But that’s exactly where deprecation — the “removing APIs” kind, not the “warning but permitting” kind — will get you, over time: Trending down. Because every time you shake loose some of your developers, you’ve (a) lost them for good, because they are angry at you for breaking your contract, and (b) given them to your competitors. ❧

Twitter is a good example of this, and they’ve just created a shiny new API in an apparent attempt to bring developers back…

I’ve alluded to the deeply philosophical nature of this problem; in a sense, it’s politicized within the software communities. Some folks believe that platform developers should shoulder the costs of compatibility, and others believe that platform users (developers themselves) should bear the costs. It’s really that simple. And isn’t politics always about who has to shoulder costs for shared problems?So it’s political. And there will be angry responses to this rant. ❧

This idea/philosophy cuts across so many different disciplines. Is there a way to fix it? Mitigate it? An equation for maximizing it?
Annotated on August 15, 2020 at 11:14AM

What do you do with 11,000 blogs on a platform that is over a decade old? That is the question that the Division of Teaching and Learning Technologies (DTLT) and the UMW Libraries are trying to answer. This essay outlines the challenges of maintaining a large WordPress multisite installation and offers potential solutions for preserving institutional digital history. Using a combination of data mining, personal outreach, and available web archiving tools, we show the importance of a systematic, collaborative approach to the challenges we didn’t expect to face in 2007 when UMW Blogs launched. Complicating matters is the increased awareness of digital privacy and the importance of maintaining ownership and control over one’s data online; the collaborative nature of a multisite and the life cycle of a student or even faculty member within an institution blurs the lines of who owns or controls the data found on one of these sites. The answers may seem obvious, but as each test case emerges, the situation becomes more and more complex. As an increasing number of institutions are dealing with legacy digital platforms that are housing intellectual property and scholarship, we believe that this essay will outline one potential path forward for the long-term sustainability and preservation.

The researcher’s post can webmention an aggregating website similar to the way they would pre-print their research on a server like arXiv.org. The aggregating website can then parse the original and display the title, author(s), publication date, revision date(s), abstract, and even the full paper itself. This aggregator can act as a subscription hub (with WebSub technology) to which other researchers can use to find, discover, and read the original research.

Readers of the original research can then write about, highlight, annotate, and even reply to it on their own websites to effectuate peer-review which then gets sent to the original by way of Webmention technology as well. The work of the peer-reviewers stands in the public as potential work which could be used for possible evaluation for promotion and tenure.

Readers of original research can post metadata relating to it on their own website including bookmarks, reads, likes, replies, annotations, etc. and send webmentions not only to the original but to the aggregation sites which could aggregate these responses which could also be given point values based on interaction/engagement levels (i.e. bookmarking something as “want to read” is 1 point where as indicating one has read something is 2 points, or that one has replied to something is 4 points  and other publications which officially cite it provide 5 points. Such a scoring system could be used to provide a better citation measure of the overall value of of a research article in a networked world. In general, Webmention could be used to provide a two way audit-able  trail for citations in general and the citation trail can be used in combination with something like the Vouch protocol to prevent gaming the system with spam.

Government institutions (like Library of Congress), universities, academic institutions, libraries, and non-profits (like the Internet Archive) can also create and maintain an archival copy of digital and/or printed copies of research for future generations. This would be necessary to guard against the death of researchers and their sites disappearing from the internet so as to provide better longevity.

Resources mentioned in the microcast

IndieWeb for Education
IndieWeb for Journalism
Academic samizdat
arXiv.org (an example pre-print server)
Webmention
A Domain of One’s Own
Article on A List Apart: Webmentions: Enabling Better Communication on the Internet 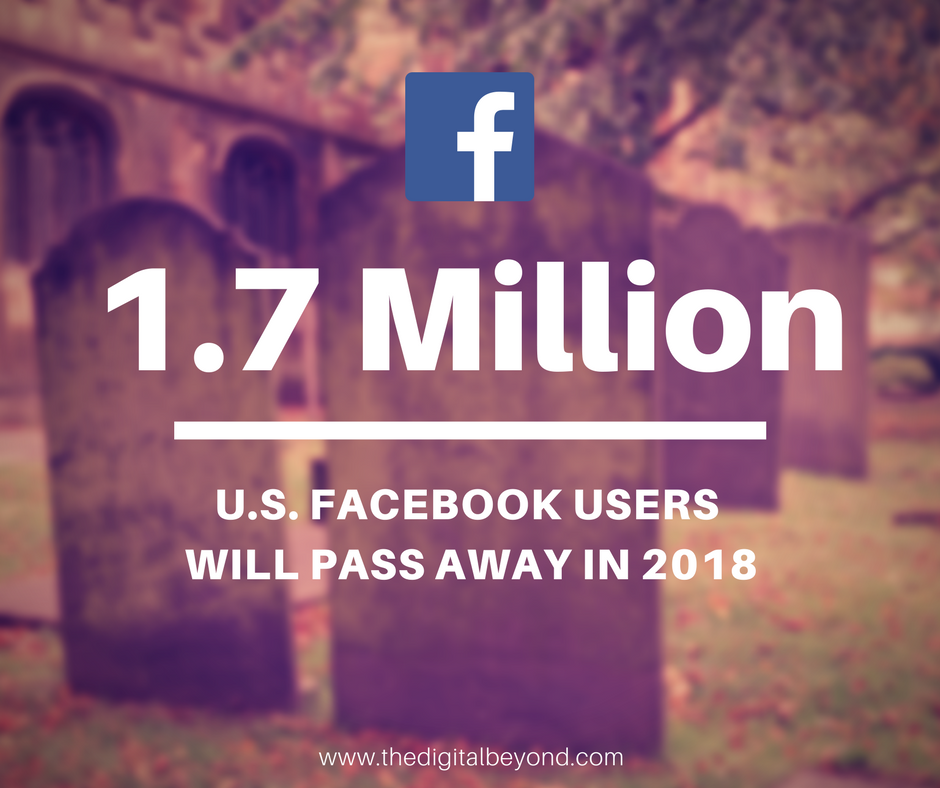 In 2010 my friends Nathan Lustig and Jesse Davis (founders of Entrustet, which was later acquired by SecureSafe) used data from Facebook and the Centers for Disease Control to estimate the number of Facebook users who would pass away in 2010. They updated these numbers in January 2011 and Nathan updated them again in June 2012. I picked up the task in January 2016 upon the request of a major news organization. Another recent media query prompted me to revisit these numbers and provide new ones for 2018.

The web is increasingly inhabited by the remains of its departed users, a phenomenon that has given rise to a burgeoning digital afterlife industry. This industry requires a framework for dealing with its ethical implications. The regulatory conventions guiding archaeological exhibitions could provide the basis for such a framework.

…the online security company McAfee claims that the average Internet user puts a value of US$37,000 on their digital assets.

they all share an interest in monetizing death online, using digital remains as a means of making a profit.

For example, financially successful chat-bot services represent not just any version of the deceased, but rather the one that appeals most to consumers and that maximizes profit. The remains thus become a resource, a form of (fixed) capital in the DAI [Digital Afterlife Industry] economy.

To set the direction for a future ethical and regulatory debate, we suggest that digital remains should be seen as the remains of an informational human body, that is, not merely regarded as a chattel or an estate, but as something constitutive of one’s personhood. This is also in line with European Union legislation’s terminology regarding ‘data subjects’. Given this approach, the main ethical concern of the DAI emerges as a consequence of the commercially motivated manipulation of one’s informational corpse (that is, the digital remains of a data subject). This approach suggests we should seek inspiration from frameworks that regulate commercial usage of organic human remains. A good model is provided by archaeological and medical museums, which exhibit objects that, much like digital remains, are difficult to allocate to a specific owner and are displayed for the living to consume.

The web is increasingly inhabited by the remains of its departed users, a phenomenon that has given rise to a burgeoning digital afterlife industry. This industry requires a framework for dealing with its ethical implications. The regulatory conventions guiding archaeological exhibitions could provide the basis for such a framework.

Some interesting potential research and references for the IndieWeb longevity page. 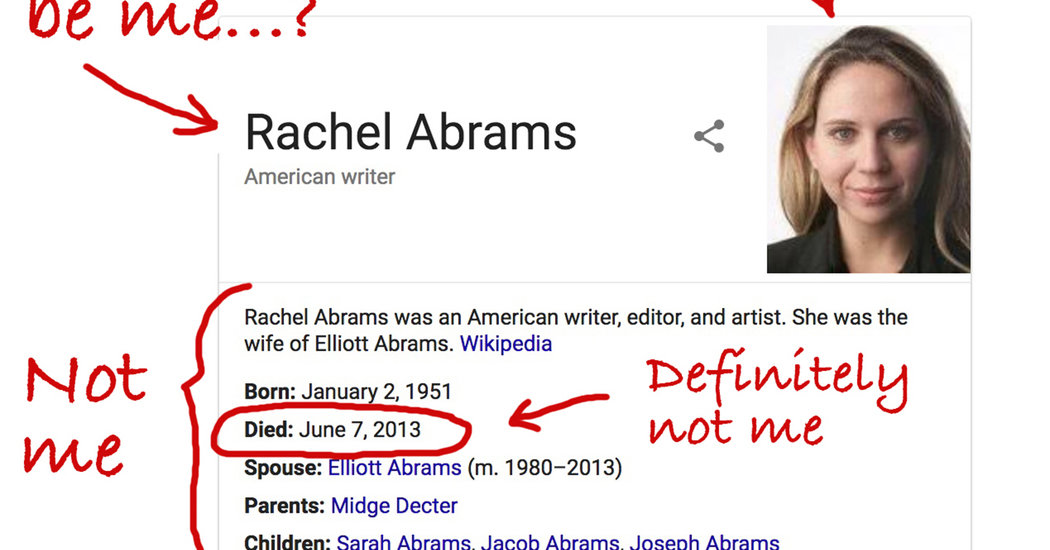 Back in October, I wrote a bunch of short mini-reviews on products and services that I use regularly. I published them all on a single page called "Favorite Things". In the past, I've written a couple of reviews on Amazon and then copied them to my website as a blog post. I decided it was time to be...