Software developer and data journalist Meredith Broussard joins Megan Morrone to discuss her book Artificial Unintelligence: How Computers Misunderstand the World, which makes the case against the idea that technology can solve all our problems, touching on self-driving cars, the digital divide, the difference between AI and machine learning, and more.

I’ve been waiting a while for Meredith’s book Artificial Unintelligence: How Computers Misunderstand the World to come out and this is an excellent reminder to pick up several copies for some friends who I know will appreciate it.

I’m curious if she’s got an Amazon Associates referral link so that we can give her an extra ~4% back for promoting her book? I don’t see one on her website unfortunately.

The opening of the show recalling the internet in the 90’s definitely took me back as I remember being in at least one class in college with Megan Morrone. I seem to recall that it was something in Writing Seminars, perhaps Contemporary American Letters?

There’s so much good to highlight here, but in particular I like the concept of technochauvinism, thought when I initially heard it I had a different conception of what it might be instead of the definition that Broussard gives as the belief that technology is always the solution to every problem. My initial impression of it was something closer to the idea of tech bro.

My other favorite piece of discussion centered on her delving into her local educational structure to find that there was a dearth of books and computers and how some of that might be fixed for future children. It’s reminiscent of a local computer scientist I know from Cal Tech who created some bus route models for the Pasadena school system to minimize their travel, gas cost, and personnel to save the district several million dollars. I’m hoping some of those savings go toward more books… 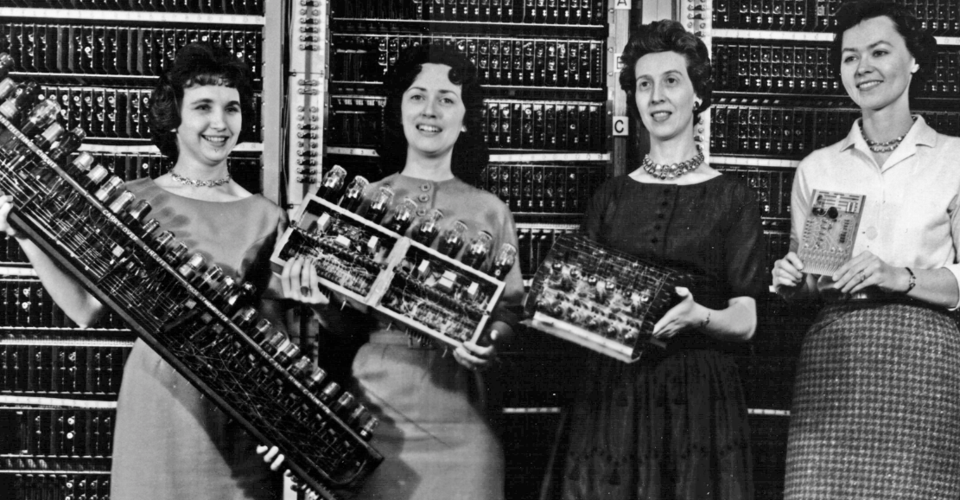 In a special bonus episode of the podcast Crazy/Genius, the computer scientist and data journalist Meredith Broussard explains how “technochauvinism” derailed the dream of the digital revolution.

I was excited to hear Dr. Meredith Broussard, a brilliant colleague I’ve met via the Dodging the Memory Hole series of conferences, on this podcast from The Atlantic. I would recommend this special episode (one of their very best) to just about anyone. In particular there’s something to be gained in the people side of what the IndieWeb movement is doing as well as for their efforts towards inclusion.

From a broader perspective, I think there’s certainly something to be learned from not over-sensationalizing artificial intelligence. Looking at the history of the automobile as a new technology over a century ago is a pretty good parallel example. While it’s generally done a lot of good, the automobile has also brought along a lot of additional  societal problems, ills, and costs with it as well.

I hadn’t yet heard about her new book Artificial Unintelligence: How Computers Misunderstand the World which I’m ordering a copy of today. I suspect that it’s in the realm of great books like Cathy O’Neill’s Weapons of Math Distraction: How Big Data Increases Inequality and Threatens Democracy  which was also relevant to some of the topics within this podcast.