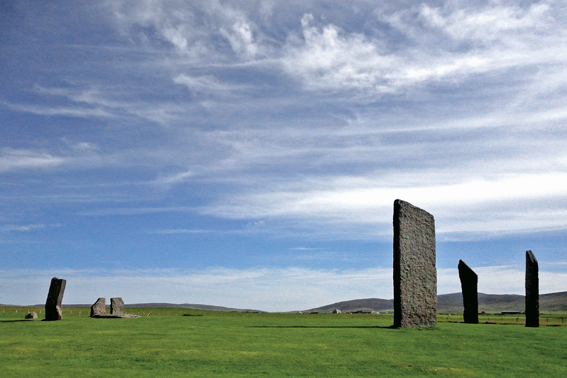 University of Adelaide research has for the first time statistically proven that the earliest standing stone monuments of Britain, the great circles, were constructed specifically in line with the movements of the Sun and Moon, 5000 years ago.

“These people chose to erect these great stones very precisely within the landscape and in relation to the astronomy they knew. They invested a tremendous amount of effort and work to do so. It tells us about their strong connection with their environment, and how important it must have been to them, for their culture and for their culture’s survival.” ❧

Connection to environment and importance for culture’s survival.
Annotated on September 18, 2020 at 07:46AM

@chrisaldrich if you are labeling astronomical monoliths as the world's first wiki, look outside of neolithic British Isles, for example, Wurdi Youang https://t.co/xX2PmyTPH3 (https://t.co/dDTVFX48WQ)

Without checking, I have to think that I carefully couched my wording there. For that audience, I did use the more famous example of Stonehenge, for which there is some pretty solid evidence for my claim. There are other examples in the archaeological record that certainly are older and in other cultural contexts. I can easily think of standing stones that are as old as 12,000 years old for which the same case could be made in borderline agricultural societies. The tough part is that would have required the definition of standing stones and a lot of other pieces which I didn’t feel I had the time to create the context for in that setting.

I imagine that there are potentially examples of this sort of behavior going back as far as 30-40,000 years or more, but there is is no direct (known) archaeological evidence left to make such cases. There are oral histories of indigenous peoples in Australia that indicate memories of things that do exist in the geological record to provide some evidence of this.

I’ll also point out that astronomical use is NOT equal to memory use. To make that claim you’d need a lot of additional evidence. In fact, I might suggest something stronger, particularly about Stonehenge. Stonehenge’s primary use was not an astronomical one. Its primary use was as a mnemonic device. The astronomical one was important for the ritual practice (we would call it spaced repetition in modern psychology and pedagogic contexts), but wholly tangential.

If you’re interested in the underlying evidence, Dr. Lynne Kelly has an excellent Ph.D. thesis on the topic, but you might find her book The Memory Code, which expands on the thesis, more accessible. She’s also got a great bibliography of these topics on her website. On February 18, as civil twilight began in northern New Mexico skies, the International Space Station, a waning crescent Moon, and planet Mars for a moment shared this well-planned single field of view. From the photographer's location the sky had just begun to grow light, but the space station orbiting 400 kilometers above the Earth was already bathed in the morning sunlight. At 6:25am local time it took less than a second to cross in front of the lunar disk moving right to left in the composited successive frames. At the time, Mars itself had already emerged from behind the Moon following its much anticipated lunar occultation. The yellowish glow of the Red Planet is still in the frame at the upper right, beyond the Moon's dark edge.

A few hundred years ago, the great thinkers of the Enlightenment began to declare that “all men are created equal.” Some of them said that notion should include women, too. Why did those feminists—most of them men, by the way—lose the fight? How did the patriarchy survive the Enlightenment?

Co-hosts John Biewen and Celeste Headlee look into these questions, with historians Londa Schiebinger of Stanford and Toby Ditz of Johns Hopkins, and sociologist Lisa Wade of Occidental College.

Music by Alex Weston, and by Evgueni and Sacha Galperine. Music and production help from Joe Augustine at Narrative Music. 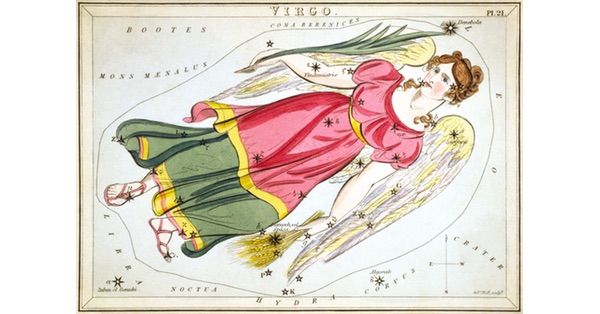 August 15th is Ferragosto, a big-time holiday in Italy that harks back to the Emperor Augustus and represents a well-earned rest after the harvest. It is also the Feast Day of the Assumption, the day on which, Catholics believe, the Virgin Mary was taken, body and soul, into heaven.

Is there a connection between them? And what does it have do with wheat?

Apologies to listeners in the southern hemisphere; this may not reflect your experience.

I love the thesis given here and it most certainly fits.

It hasn’t gotten past me how much brilliance and thought went into the wonderful dense rich crumb that is the title of this episode. The audio is excellent as always, but I also notice there’s some fantastically overlaid background music that some may miss because it’s so subtly done. This is my favorite episode of the series so far.

The more I think about these episodes, which I like to listen to when I can devote my full attention rather than as background noise while I’m commuting or doing something else, I think they could be easily strung together to make a fantastic documentary.

About half the normal matter in our universe had never been observed – until now. Two teams have finally seen it by combining millions of faint images into one

Solar saros 145 is an eclipse cycle with 77 solar eclipses repeating every 18 years, 11 days, 8 hours. It is currently a young cycle producing total eclipses less than 3 minutes in length. The longest duration eclipse in the cycle will be member 50 at 7 minutes and 12 seconds in length after which the durations of eclipses will decrease until the end of the cycle. In its central phase it will produce mainly total eclipses (41 of 43 central eclipses).

A system of seven Earth-like exoplanets appeared to be unstable. Now their orbits have been rewritten in the music of the spheres.

I’m not sure there’s necessarily a correlation between the physics and the music other than that it’s a relationship. Perhaps there’s some interesting example one could drag out for category theory perhaps?