@DailyDevTips1 how do I like your articles via #webmentions? I do have some #indieweb goodness setup on my personal site.

Just make a “like” post on your website with a u-like-of class on a URL for the target site. Then send a webmention. Examples/details at: https://indieweb.org/like. 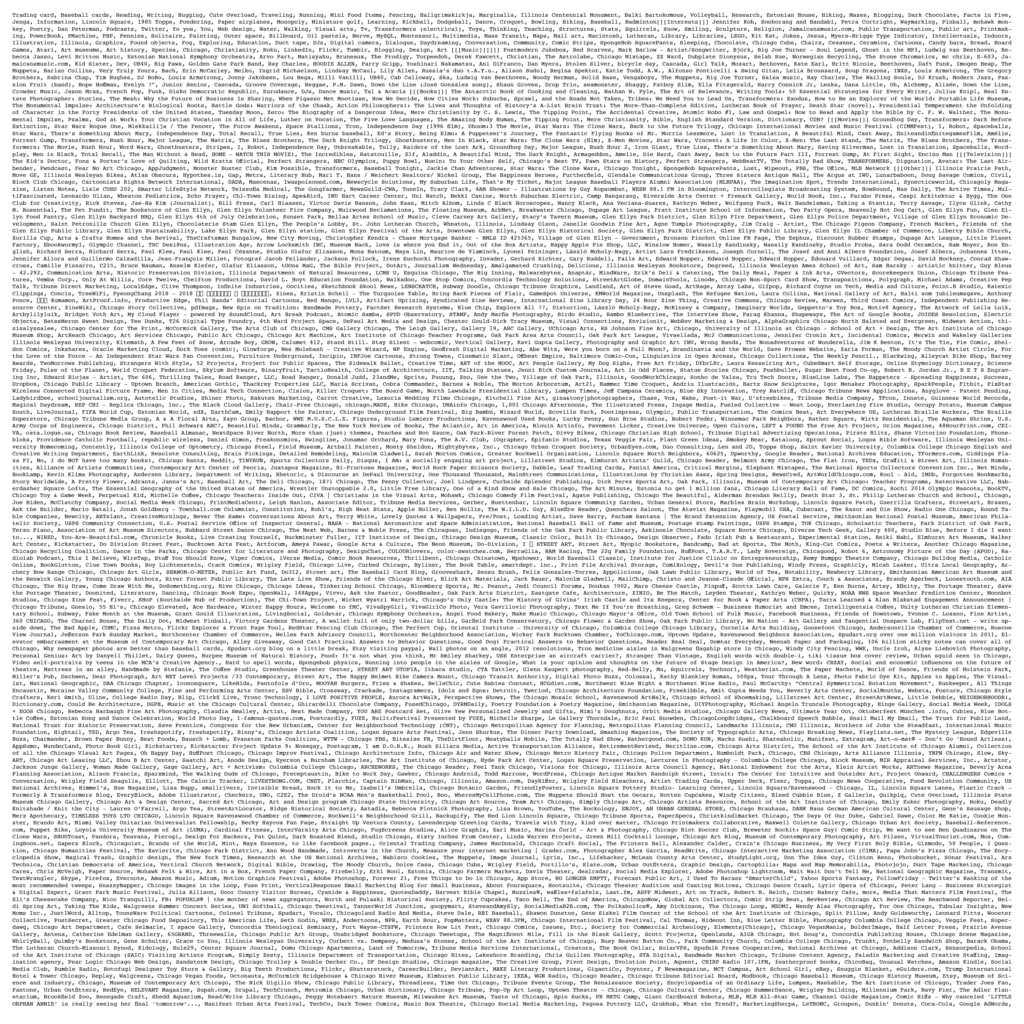 A useful visualization of just a fraction of the data that Facebook has about people. 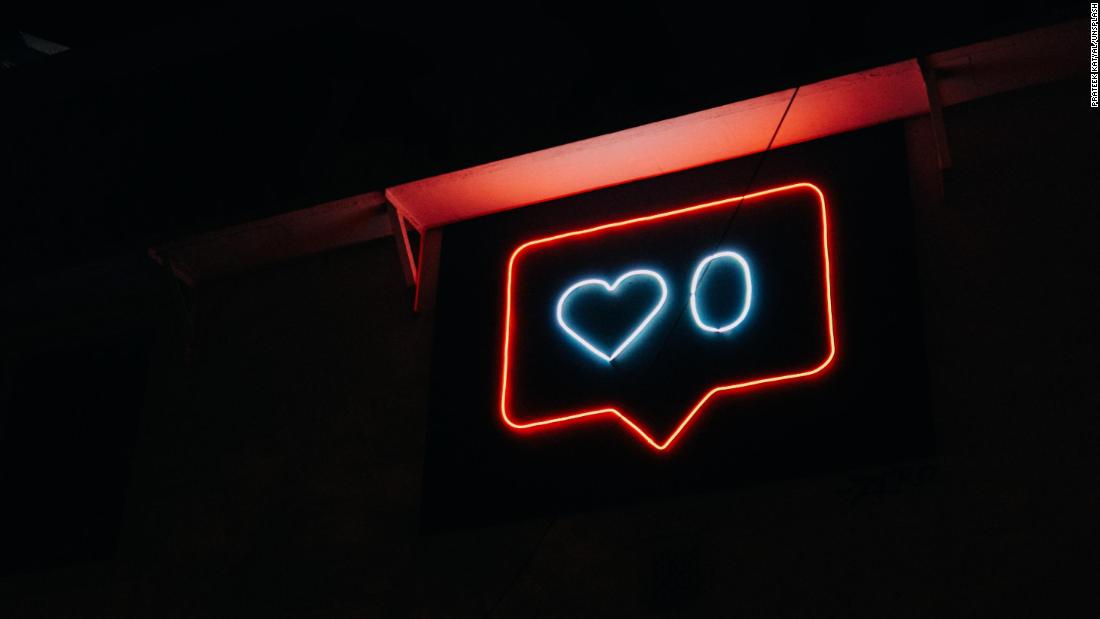 Instagram is removing likes for some users in the United States, following similar tests in other countries, including Canada and Australia.

So, no more stars tonight. Sorry if I missed you!

This WordPress.com user had liked at least four of my posts almost in a row, so I thought I’d see what they were writing. This post about running out of likes was one of the first things I saw. While her like activity may appear genuine, albeit a bit spammy, there are apparently limits to how many times you can use the WordPress.com like functionality.

WebLikes is a simple protocol for adding Likes to pages outside of any silos, on the open web.

So what does a Like mean here on Scripting News? It's a way to tell me that you saw what I wrote and found it likeable. It doesn't mean you necessarily agree. You're also registering your presence to other people who read this blog. Maybe it's more like a ping? Hmmm. I know the Like icon doesn't show up in your feed reader (maybe that can change) but it may be worth a trip to my blog if you want to say hi to me and others who read this blog. That's what it means. #

An interesting method for adding “likes” to one’s site, though I suspect that it’s entirely dependent on Twitter’s API but really only uses Twitter identity. I wonder what happens to the data if Twitter were to disappear? Is he just saving Twitter usernames?

This is also somewhat reminiscent of my experiment last year: Adding Simple Twitter Response Buttons to WordPress Posts, though my version allowed people to retweet and reply and kept copies of the data on both my site as well as on Twitter.

I like @chrisaldrich's take. He doesn't do likes, considers them to be digital vapor. #unboundeq #indieweb (https://t.co/fhxOk02qfk)

Twitter is planning to remove the ability to "like" tweets in a radical move that aims to improve the quality of debate on the social network.

I’d been considering figuring this out before given the high incidence of likes on my posts, particularly from POSSE copies, but now that I’ve fixed checkins on my site, Swarm is also sending a lot of small replies, which while nice, are adding a lot of noise to my comments dashboard.

Perhaps I can figure out a way to use query parameters to filter out some of the like webmentions and replies from Swarm so that I’m not really building anything new?

Sometimes you make a major step forward and it creates new UI problems. We’ll get there eventually.

Within the social media space there’s a huge number of services that provide a variety of what I would call bookmark-type functionality of one sort or another. They go under a variety of monikers including bookmarks, likes, favorites, stars, reads, follows, claps, and surely many quirky others. Each platform has created its own semantics which don’t always overlap with the others.

Because I’m attempting to own all of my own data, I’ve roughly mapped many of these intents into my own website. But because I have the ultimate control over them, I get to form my own personal definitions. I also have a lot more control over them in addition to adding other metadata to each for better after-the-fact search and use within my personal online commonplace book. As such, I thought it might be useful to lay out some definitions (both for myself and others) for how I view these on my website.

At the basest level, I look at most of these interactions simply as URL permalinks to interesting content and their aggregation as a “linkblog”, or a feed of interesting links I’ve come across. The specific names given to them imply a level of specificity about what I think exactly makes them interesting.

In addition to a bookmark specific feed, which by itself could be considered a “traditional” linkblog, my site also has separate aggregated feeds for things I’ve liked, read, followed, and favorited. It’s the semantic reasons for saving or featuring these pieces of content which ultimately determine which names they ultimately have. (For those interested in subscribing to one or or more, or all of these, one can add /feed/ to the ends of the specific types’ URLs, which I’ve linked,  for an RSS feed. Thus, for example, http://boffosocko.com/type/link/feed/ will give you the RSS feed for the “Master” linkblog that includes all the bookmarks, likes, reads, follows, and favorites.)

On my site, I try to provide a title for the content and some type of synopsis of what the content is about. These help to provide some context to others seeing them as well as a small reminder to me of what they were about. When appropriate/feasible, I’ll try to include an image for similar reasons. I’ll also often add a line of text or two as a commentary or supplement to my thoughts on the piece. Finally, I add an icon to help to quickly visually indicate which of the types of posts each is, so they can be more readily distinguished when seen in aggregate.

In relative order of decreasing importance or value to me I would put them in roughly the following order of importance (with their attached meanings as I view them on my site):

While occasionally some individual specimens of each might “outrank” others in the category above this is roughly the order of how I perceive them. Within this hierarchy, I do have some reservations about including the “follow” category, which in some sense I feel stands apart from the continuum represented by the others. Still it fits into the broader category of a thing with a URL, title, and high interest to me. Perhaps the difference is that it represents a store of future potentially useful information that hasn’t been created or consumed yet? An unseen anti-library of people instead of books in some sense of the word.

I might also include the Reply post type toward the top of the list, but for some time I’ve been categorizing these as “statuses” or “note-like” content rather than as “links”. These obviously have a high priority if lumped in as I’ve not only read and appreciated the underlying content, but I’ve spent the time and thought to provide a reasoned reply, particularly in cases where the reply has taken some time to compose. I suppose I might more likely include these as linkblog content if I didn’t prefer readers to value them more highly than if they showed up in those feeds. In some sense, I value the replies closer on par to my longer articles for the value of not only my response, but for that of the original posts themselves.

In general, if I take the time to add additional commentary, notes, highlights, or other marginalia, then the content obviously resonated with me much more than those which stand as simple links with titles and descriptions.

Perhaps in the near future, I’ll write about how I view these types on individual social media platforms. Often I don’t post likes/favorites from social platforms to my site as they often have less meaning to me directly and likely even less meaning to my audiences here. I suppose I could aggregate them here on my site privately, but I have many similar questions and issues that Peter Molnar brings up in his article Content, Bloat, privacy, arichives.

I’m curious to hear how others apply meaning to their linkblog type content especially since there’s such a broad range of meaning from so many social sites. Is there a better way to do it all? Is it subtly different on sites which don’t consider themselves (or act as) commonplace books?

At Virtual HWC last week, Sven Knebel pointed me to the new Firefox beta. I use it now, and one of the things I noticed is that ships with integration with Pocket, a bookmarking service to save articles you want to read later. It’s owned by Mozilla now, so they accentuate their service by adding a...