How does life create order from chaos? And just what is life, anyway? Leading physicist Paul Davies argues that to find the answers, we must first answer a deeper question: 'What is information?' To understand the origins and nature of life, Davies proposes a radical vision of biology which sees the underpinnings of life as similar to circuits and electronics, arguing that life as we know it should really be considered a phenomenon of information storage. In an extraordinary deep dive into the real mechanics of what we take for granted, Davies reveals how biological processes, from photosynthesis to birds' navigation abilities, rely on quantum mechanics, and explores whether quantum physics could prove to be the secret key of all life on Earth. Lively and accessible, Demons in the Machine boils down intricate interdisciplinary developments to take readers on an eye-opening journey towards the ultimate goal of science: unifying all theories of the living and the non-living, so that humanity can at last understand its place in the universe. 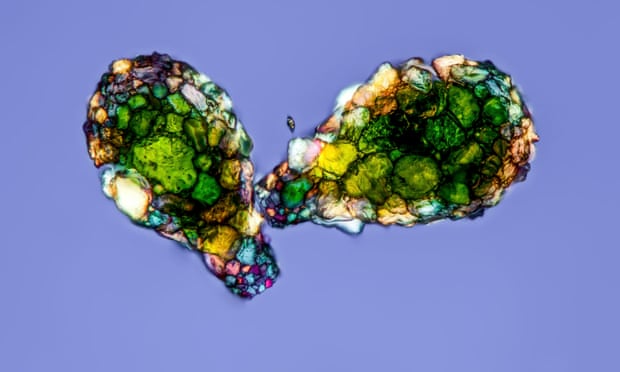 Very nice profile by @iansample in the @guardian of Paul Davies and his new book The Demon in the Machine. Paul’s book is a very nice statement of intent to answer Schrödinger’s question, and honest about what we don’t know. https://t.co/9FeHArKaA5

As it was published, I had read Kevin Hartnett’s article and interview with Christoph Adami The Information Theory of Life in Quanta Magazine. I recently revisited it and read through the commentary and stumbled upon an interesting quote relating to the history of information in biology:

These two historical references predate Claude Shannon’s mathematical formalization of information in A Mathematical Theory of Communication (The Bell System Technical Journal, 1948) and even Erwin Schrödinger‘s lecture (1943) and subsequent book What is Life (1944).

For those interested in reading more on this historical tidbit, I’ve dug up a copy of the primary Forsdyke reference which first appeared on arXiv (prior to its ultimate publication in History of Psychiatry [.pdf]):

Abstract: Today’s ‘theory of mind’ (ToM) concept is rooted in the distinction of nineteenth century philosopher William Clifford between ‘objects’ that can be directly perceived, and ‘ejects,’ such as the mind of another person, which are inferred from one’s subjective knowledge of one’s own mind. A founder, with Charles Darwin, of the discipline of comparative psychology, George Romanes considered the minds of animals as ejects, an idea that could be generalized to ‘society as eject’ and, ultimately, ‘the world as an eject’ – mind in the universe. Yet, Romanes and Clifford only vaguely connected mind with the abstraction we call ‘information,’ which needs ‘a vehicle of symbols’ – a material transporting medium. However, Samuel Butler was able to address, in informational terms depleted of theological trappings, both organic evolution and mind in the universe. This view harmonizes with insights arising from modern DNA research, the relative immortality of ‘selfish’ genes, and some startling recent developments in brain research.

Comments: Accepted for publication in History of Psychiatry. 31 pages including 3 footnotes. Based on a lecture given at Santa Clara University, February 28th 2014, at a Bannan Institute Symposium on ‘Science and Seeking: Rethinking the God Question in the Lab, Cosmos, and Classroom.’

The original arXiv article also referenced two lectures which are appended below:

In the 1870s Ewald Hering in Prague and Samuel Butler in London laid the foundations. Butler's work was later taken up by Richard Semon in Munich, whose writings inspired the young Erwin Schrodinger in the early decades of the 20th century.