Directed by Mike Listo. With Freddie Highmore, Nicholas Gonzalez, Antonia Thomas, Chuku Modu. Shaun's proposed treatment for a homeless patient puts him and Jared in Andrews' crosshairs. Meanwhile, Claire tries to overcome Melendez' reluctance to do a risky heart operation while Glassman must overcome his personal feelings about his oncologist, Dr. Marina Blaize, and face a difficult decision about his health.

A relatively solid start to the second season.

On Saturday Fast Company broke the story that Tim Berners-Lee was launching a startup to develop and distribute his SoLiD application (which stands for Social Linked Data; I've covered it here before). This is a part of his plan to restore the web to its original decentralized vision. His new company is called Inrupt (which will be way easier to search for than 'solid') and is launching this week. "Solid is guided by the principle of 'personal empowerment through data' which we believe is fundamental to the success of the next era of the web. We believe data should empower each of us.... With Solid, you will have far more personal agency over data - you decide which apps can access it."

Within the Solid ecosystem, you decide where you store your data. Photos you take, comments you write, contacts in your address book, calendar events, how many miles you run each day from your fitness tracker… they’re all stored in your Solid POD. This Solid POD can be in your house or workplace, or with an online Solid POD provider of your choice. Since you own your data, you’re free to move it at any time, without interruption of service.

You give people and your apps permission to read or write to parts of your Solid POD. So whenever you’re opening up a new app, you don’t have to fill out your details ever again: they are read from your POD with your permission. Things saved through one app are available in another: you never have to sync, because your data stays with you.

This approach protects your privacy and is also great for developers: they can build cool apps without harvesting massive amounts of data first. Anyone can create an app that leverages what is already there.

HE IS IN SYNC WITH COMEDY – WITH GUEST STAR APPEARANCE BY LANCE BASS – Hosted by comedian Aisha Tyler, cast members Ryan Stiles, Wayne Brady and Colin Mochrie, along with guest comedian Greg Proops, put their comedic skills to the test through a series of spontaneous improv games that are prompted only by random ideas supplied by the studio audience. The four performers must use the little information they have and their wild imaginations to depict different characters and an array of scenes, as well as perform songs. After each round of improvisation, Aisha will dole out points to our four performers and declare a winner at the end of every episode. Directed by Geraldine Dowd (#507). Original airdate 10/1/2018.

The embattled Supreme Court nominee has been teaching the class on the high court's modern history since 2009. 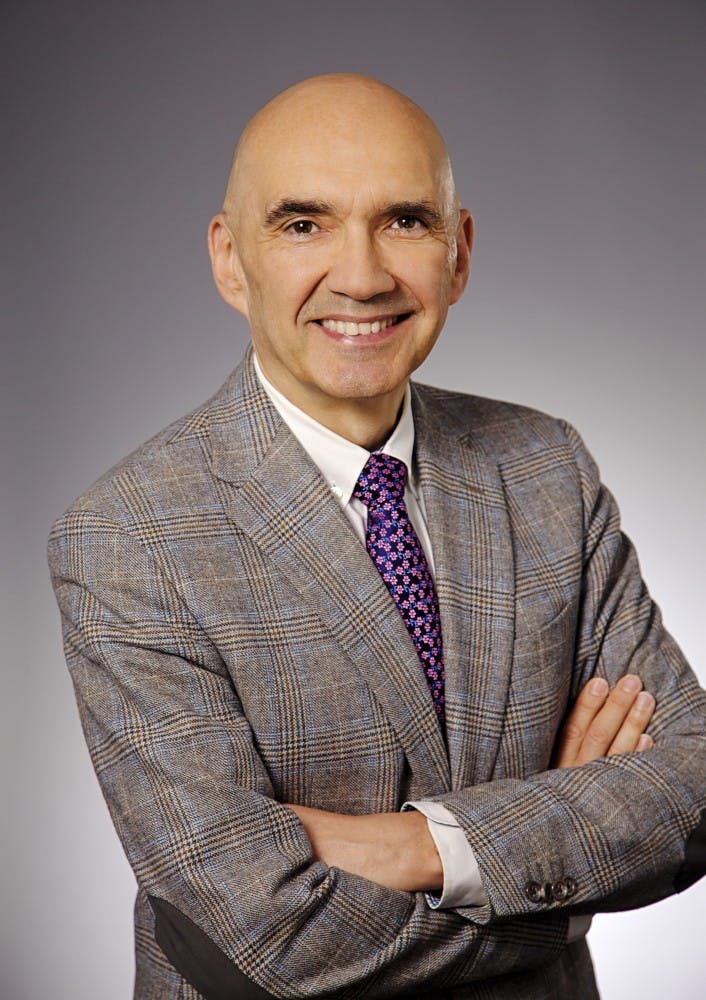 On Friday night, Assistant Vice President for Communications Dan Day confirmed that professor Sergio Verdú was dismissed from the faculty as of Sept. 24 following a University investigation into his conduct in relation to University policies that prohibit consensual relations with students and require honesty and cooperation in University matters.

The Department of Electrical Engineering at Princeton University seeks outstanding applicants for a tenured appointment at the Associate or Full Professor level, effective as early as September 1, 2019. The search is open to candidates specializing in areas related to information sciences and systems, with strength in core fundamentals and an interest in applications areas such as networks, machine learning, energy systems, cyber-physical systems, robotics and control, wireless communications, biology, etc. The successful candidate should have a Ph.D. in Electrical Engineering or a related field, demonstrated excellence in academic research, and a proven track record of teaching and advising undergraduate and graduate students (if currently holding an academic appointment). We seek faculty members who will create a climate that embraces excellence and diversity, with a strong commitment to teaching and mentoring that will enhance the work of the department and attract and retain a diverse student body. Candidates must complete an online faculty application at: https://www.princeton.edu/acad-positions/position/4801; a detailed curriculum vitae, descriptions of teaching and research interests, reprints of selected publications, and the names and addresses of three references should be uploaded as .pdf documents via the on-line application. This position is subject to Princeton University's background check policy. To ensure full consideration, applications should be received by November 15, 2018, but the search will remain open until the position is filled.

Directed by Steve Robin. With Alvina August, Max Chadburn, Christina Chang, Faustino Di Bauda. As Shaun pushes back against Dr. Melendez in order to treat a gravely ill hospital janitor and deal with the return of Lea, Dr. Lim risks a lawsuit and her career to help a teenage girl repair the damage caused by an archaic custom. Meanwhile, Dr. Glassman exercises demanding oversight with Dr. Blaize in choosing a doctor for his brain surgery.

The genital mutilation plotline was gut-wrenching to watch and included some serious ethical gymnastics.

Not sure how I had missed this in the brouhaha a few weeks back, but it’s one of the more sober accounts from someone who’s actually got some math background and some reasonable idea about the evolutionary theory involved. It had struck me quite significantly that both Gowers and Tao weighed in as they did given their areas of expertise (or not). Perhaps it was worthwhile simply for the attention they brought? Gowers did specifically at least call out his lack of experience and asked for corrections, though I didn’t have the fortitude to wade through his hundreds of comments–perhaps this stands in part because there was little, if any indication of the background and direct identity of any of the respondents within the thread. As an simple example, while reading the comments on Dr. Pachter’s site, I’m surprised there is very little indication of Nicholas Bray’s standing there as he’s one of Pachter’s students. It would be much nicer if, in fact, Bray had a more fully formed and fleshed out identity there or on his linked Gravatar page which has no detail at all, much less an actual avatar!

This post, Gowers’, and Tao’s are all excellent reasons for a more IndieWeb philosophical approach in academic blogging (and other scientific communication). Many of the respondents/commenters have little, if any, indication of their identities or backgrounds which makes it imminently harder to judge or trust their bonafides within the discussion. Some even chose to remain anonymous and throw bombs. If each of the respondents were commenting (preferably using their real names) on their own websites and using the Webmention protocol, I suspect the discussion would have been richer and more worthwhile by an order of magnitude. Rivin at least had a linked Twitter account with an avatar, though I find it less than useful that his Twitter account is protected, a fact that makes me wonder if he’s only done so recently as a result of fallout from this incident? I do note that it at least appears his Twitter account links to his university website and vice-versa, so there’s a high likelihood that they’re at least the same person.

I’ll also note that a commenter noted that they felt that their reply had been moderated out of existence, something which Lior Pachter certainly has the ability and right to do on his own website, but which could have been mitigated had the commenter posted their reply on their own website and syndicated it to Pachter’s.

Hiding in the comments, which are generally civil and even-tempered, there’s an interesting discussion about academic publishing that could have been its own standalone post. Beyond the science involved (or not) in this entire saga, a lot of the background for the real story is one of process, so this comment was one of my favorite parts. 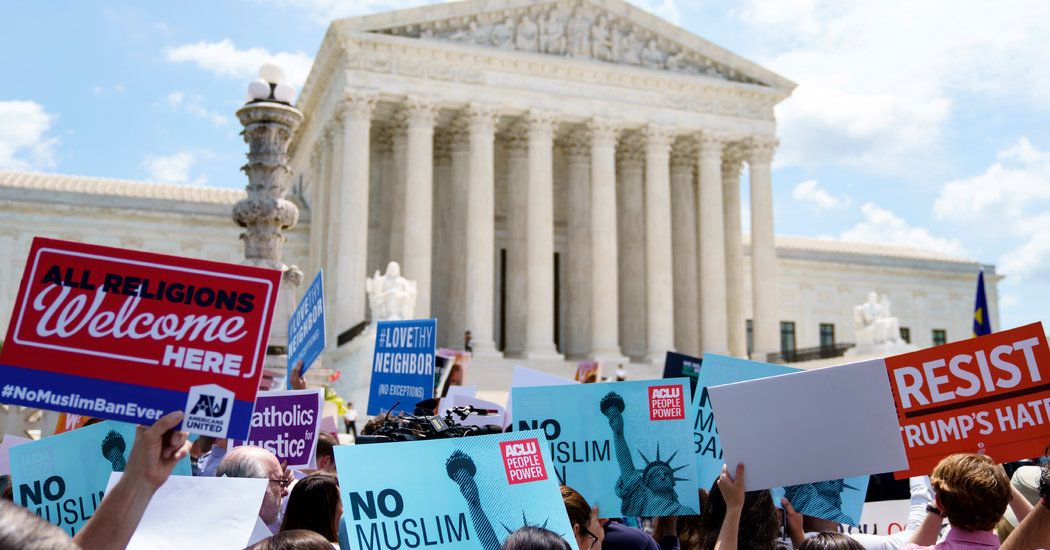 What does the Supreme Court’s endorsement of the travel ban say about the extent of the president’s power? 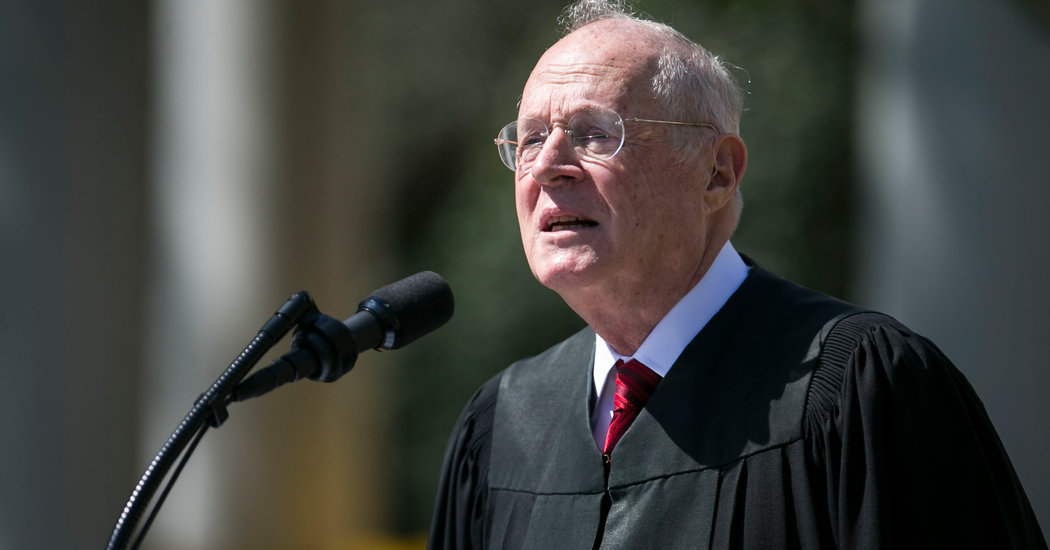