I just read an article about how many people with ADHD rely on services like Evernote to keep their tendencies to go off chasing squirrels in check long enough to be productive. In honor of #ADHDAwarenessMonth, we asked ADHD coach @takecontroladhd how she takes control of it with Evernote. https://t...

I’ve been an Evernote user for well over a decade, and I used it daily until a couple years ago. I have almost 29,000 notes (a fair number of these notes are automatically captured using IFTTT workflows). In recent years, Evernote has been pretty quiet on its blog, and while it’s released update... 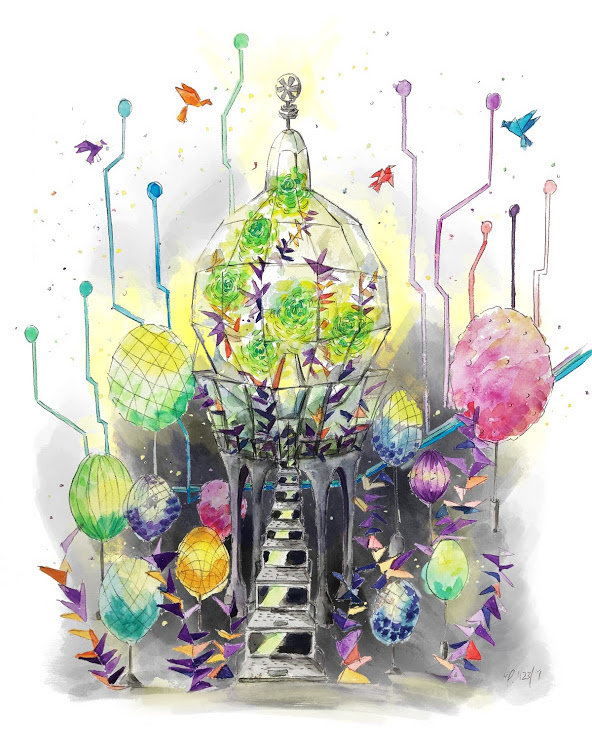 Some other interesting wikis

Credit for inspiration for this whole project comes from a variety of wikis and wiki-like collections on the web:

buster.wiki/ - Strong design and everything has a date by the looks of it which enables an RSS feed. Very polished and thought through.

are.na - A platform that all the cool kids use for building personal knowledge libraries. Lightly social, perhaps the right answer but slightly questionable if they’ll be around for a long time. Ymmv.

Brendan’s /canon - this was part of the original inspiration for me. A curated list of pure stock - things that Brendan returns to again and again. He has a template you can copy too.

daywreckers.com - from Ben Pieratt, not quite a wiki but a very minimal site designed to collect the dots. A daily visit from me.

derek sivers’ daily journal - a post from Derek Sivers on how to keep a text-file long-term store for your ideas and notes.

And there’s lots more too - this twitter thread has a whole bunch of interesting rabbit holes.

And, you can of course find this list of wikis on my wiki :)  ❧ 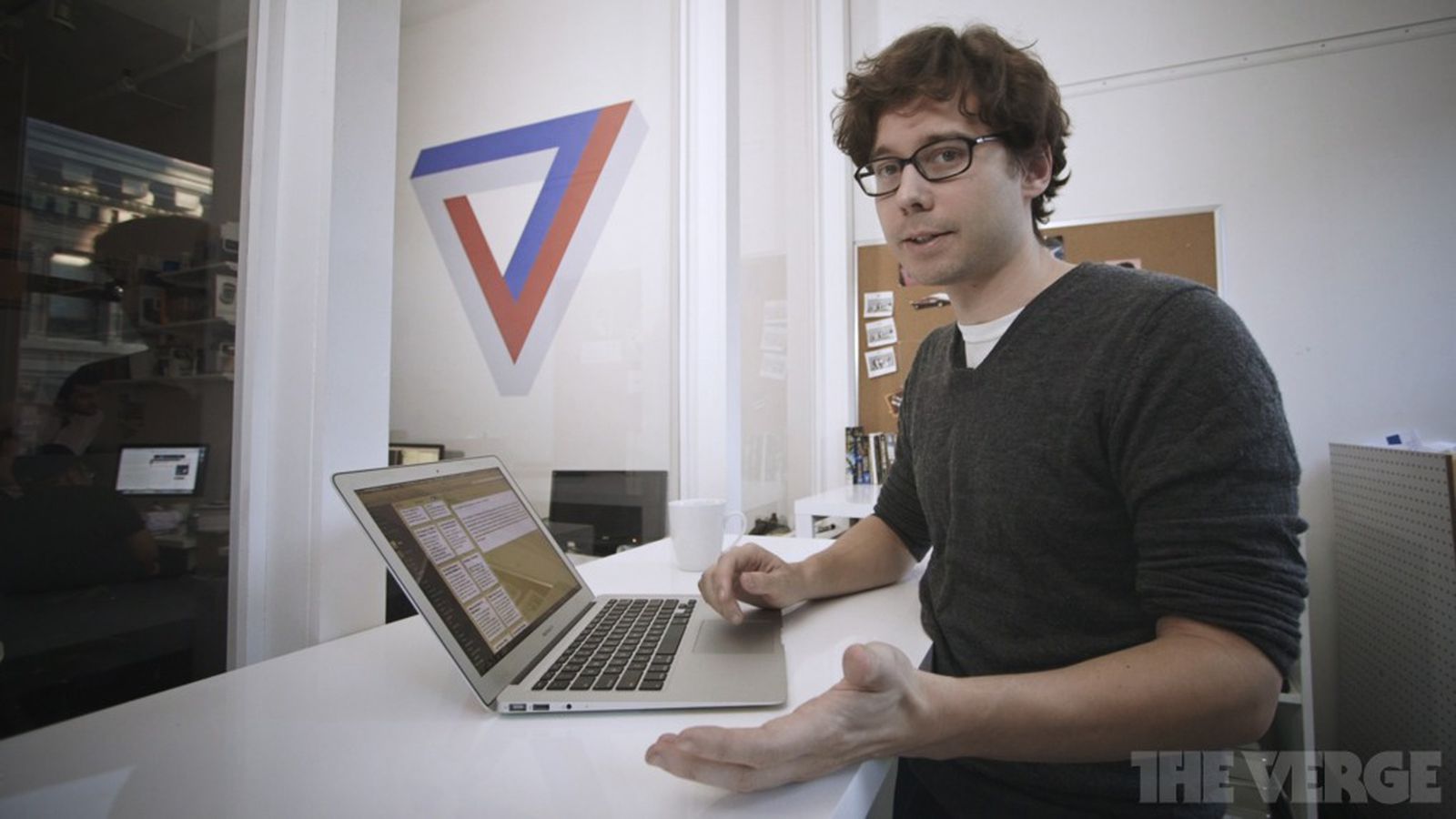 The Verge at Work is a series about process. We’re not scientists, and we’re not gurus, we’re just trying to get some work done. The solutions presented here are highly personal, and highly personalized. Not the only way, but our way. Writing about the history of commonplace books in The New York Review of Books, Robert Darnton notes that readers in early modern England, from the layperson to famous minds like Francis Bacon and John Milton, “read in fits,” moving from book to book, grabbing bites, consuming and rearranging them. They’d transcribe and revisit notable passages in their commonplace books as a way to further comprehend the written word. Darnton writes, “[Reading and writing] belonged to a continuous effort to make sense of things, for the world was full of signs: you could read your way through it; and by keeping an account of your readings, you made a book of your own, one stamped with your personality.” Sixty years ago, Vannevar Bush imagined a hypertext information machine (a memex) in his essay ‘As We May Think’ that would act as an “intimate supplement” to memory. Bush imagined a desk-sized machine for keeping track of a user’s books, records, and communications, tracking what you read and your notes like a modern day version of the commonplace book. Years after reading a book or writing down a note, the user would be able to return to it, tracing written thoughts in “trails” that can be recalled, shared, and stored. “Thus science may implement the ways in which man produces, stores, and consults the record of the race,” Bush wrote, surely unaware of where hypertext would take us.

Evernote, the productivity app with 225 million users that lets people take notes and organise other files from their working and non-work life, has been on a mission to reset its image as the go-to service for those seeking tools to help themselves be more efficient, years after losing its place a…

I never took a liking to Evernote. Its origins as a Windows desktop app were always apparent. It had some interesting and powerful features (particularly OCR for signage in photographs — you can search for text in images) but a terrible interface. If you’re still using it, you should look into your export options.

After Friday’s rather angsty post about feeling unsettled and unsure about my work … I’m pleased to say that I now feel vastly better. I feel more in control, although little may have changed to the average onlooker!

Thanks for the thoughts here Liz. Somehow I hadn’t heard of ReadCube, but it looks very interesting and incredibly similar to Mendeley‘s set up and functionality. I’ve been using Mendeley for quite a while now and am reasonably happy with it, particularly being able to use their bookmarklet to save things for later and then do reading and annotations within the material. If researchers in your area are using Mendeley’s social features, this is also a potential added benefit, though platforms like Academia and ResearchGate should be explored as well.

Given their disparate functionalities, you may be better off choosing one of Evernote and OneNote and separately Mendeley or ReadCube. Personally I don’t think the four are broadly interchangeable though they may be easier to work with in pairs for their separate functionalities. While I loved Evernote, I have generally gone “all in” on OneNote because it’s much better integrated with the other MS Office tools like email, calendar, and my customized to do lists there.

Another interesting option you may find for sorting/organizing thousands of documents is Calibre e-book management. It works like an iTunes but for e-books, pdfs, etc. If you use it primarily for pdfs, you can save your notes/highlights/marginalia in them directly. Calibre also allows for adding your own meta-data fields and is very extensible. The one thing I haven’t gotten it to do well (yet) is export for citation management, though it does keep and maintain all the meta data for doing so. One of the ways that Mendeley and ReadCube seem to monetize is by selling a subscription for storage so if this is an issue for you, you might consider Calibre as a free alternative.

I’ve been ever working on a better research workflow, but generally prefer to try to use platforms on which I own all the data or it’s easily exportable and then own-able. I use my own website on WordPress as a commonplace book of sorts to capture all of what I’m reading, writing, and thinking about–though much of it is published privately or saved as drafts/pending on the back end of the platform. This seems to work relatively well and makes everything pretty easily searchable for later reference.

Here are some additional posts I’ve written relatively recently which may help your thinking about how to organize things on/within your website if you use it as a research tool:

I’ve also recently done some significant research and come across what I think is the most interesting and forward-thinking WordPress plugin for academic citations on my blog: Academic Blogger’s Toolkit. It’s easily the best thing currently on the market for its skillset.

Another research tool I can’t seem to live without, though it may be more specific to some of the highly technical nature of the math, physics, and engineering I do as well as the conferences/workshops I attend, is my Livescribe.com Pulse pen which I use to take not only copious notes, but to simultaneously record the audio portion of those lectures. The pen and technology link the writing to the audio portion directly so that I can more easily relisten/review over portions which may have been no so clear the first time around. The system also has an optional and inexpensive optical character recognition plugin which can be used for converting handwritten notes into typed text which can be very handy. For just about $200 the system has been one of the best investments I’ve made in the last decade.

If you haven’t come across it yet, I also highly recommend regularly reading the ProfHacker blog of the Chronicle of Higher Education which often has useful tips and tools for academic research use. They also do a very good job of covering some of the though in the digital humanities which you might find appealing.