But are “labels” and “tags” the same thing?

A long time ago, I read that they're different. The distinction as described was:

I like the framing you’ve made in the definition of “label” and “tag”. I wish the distinction was respected by a broader range of people and programs as it could be more useful that way.

I’ve mentioned a subtle way of doing this on my site before:

I also find that I have a subtle differentiation using singular versus plural tags which I think I’m generally using to differentiate between the idea of “mine” versus “others”. Thus the (singular) tag for “commonplace book” should be a reference to my particular commonplace book versus the (plural) tag “commonplace books” which I use to reference either the generic idea or the specific commonplace books of others. Sadly I don’t think I apply this “rule” consistently either, but hope to do so in the future.

Now I’m wishing that I had a separate “labels” taxonomy on my site to distinguish between “mine” and “theirs”. In using the Post Kinds Plugin for WordPress, I’m passively collecting labels (though it’s called tags) others put on their content (which is currently hidden in my internal metadata) and that is separate from the metadata tags I place on it. Being able to separately search the two could be a powerful feature. 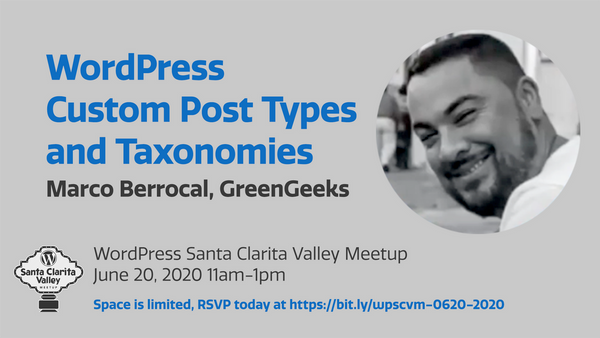 There are times when a WordPress installation may come up short in relation to what is required by your client. You need content of another type that isn’t a page or a post, and you need to label it differently. Enter Custom Post Types and Taxonomies.

During this Meetup, Marco will discuss what they are, show you how to create them, what his recommendations are when it comes to creating them, and how you can see WordPress as more than just a blogging or a simple site platform.

BIO: Marco Berrocal, Partner Relations at GreenGeeks
Marco is a talented WordPress developer who has worked for more than a decade making custom themes and plugins. He absolutely loves working with WordPress and with his local community (Costa Rica) as a WordCamp Organizer. When he is not in WordPress mode, he's all about my kids, travel, and food.

As always, we'll get the latest news and information going on in WordPress and answer your questions in a mini-version of a Happiness Bar.

Sat, Jun 20, 2020, 11:00 AM
OVERVIEW: There are times when a WordPress installation may come up short in relation to what is required by your client. You need content of another type that isn’t a page or a post, and you need to label it differently. Enter Custom Post Types and Taxonomies.
During this Meetup, Marco will discuss what they are, show you how to create them, what his recommendations are when it comes to creating them, and how you can see WordPress as more than just a blogging or a simple site platform.

When I search in my archive for the tag #diet I get really annoying results. I don’t only get notes on diet. I get notes on carbohydrates, insulin sensitivity and many other. “Why is that a problem?”, you might ask. “All the above topics are relevant for diet, aren’t they?” No, and here is why.

The tags for objects are much more precise and reveal real connections. They narrow down the search way more which is hugely important if your archive grows. They only give you what you want, and not the topic which also contains what you want. ❧ 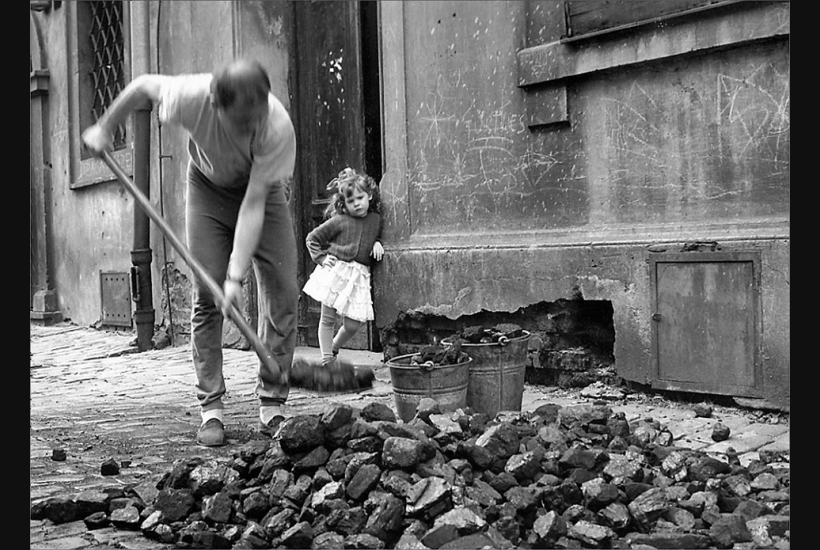 If you are just syndicating a few feeds into your own site, or maybe for a single class of students, it’s not much work to manually add the feeds. Collecting them can be as simple as asking students to email you the address for their blog, or collecting them via something like a Google Form. Many of us dream of a single one button solution, but my experience in creating at least half a dozen of these sites are is… feeds can be messy.

Alan, this series is great. Coincidentally I came across it courtesy of Greg McVerry (#) after having spent some time over the past few days discussing feed discovery with David Shanske who recently wrote a small WordPress plugin for helping to uncover RSS feeds for tags and categories. Today he wrote some broader thoughts about feed discovery you may appreciate.

In addition to all of this, since you’re a coder, you might also appreciate some of the more advanced feed discovery code David has written into the Yarns Microsub Server for WordPress (code on Github). You may be able to build some of the discovery bits into some of your syndication hubs/planets in the future.

Of course, like FeedWordPress and the relatively similar PressForward plugin, you might also be able to bend Yarns into an aggregator in similar ways.

Adds extra feed links to a page based on tags, taxonomy, and author. - dshanske/extra-links

On individual posts I’d love to add the feeds for the categories/tags that appear on that page to the header so that following me from that URL would allow feed readers to discover those particular feeds.

Catching up on the replies and potential solutions. Some interesting functionality hiding under the hood here with respect to local caching and taxonomy.

I like the idea of having a generator for tangential taxonomies for improving search. How could I build this into my website?

I'm in the process of gradually enhancing my site's markup with microformats, in order to "indiewebify" my site further. On thing I noticed while working on this at the Düsseldorf Indiewebcamp, is that WordPress (or the way my theme handles) tags on posts has no way to get an additional class insid...

David Shanske is sure to appreciate this if he hasn’t come across it. (I didn’t see it in his IW26 theme repo, so perhaps not?)

This is an interesting idea.

I’ve observed that issues and their comments are currently owned by issue trackers of projects, and wondered if it’s better they are owned by their authors instead.

Hofstadter & Sander, on the role of analogy in our understanding of situations: pic.twitter.com/C0UdbCiXjX

In the case that the Twitter image doesn’t live, I’ll excerpt it here in more accessible text:

The fact is, the interpretation of a situation is inseparable from the analogies (or categories) it evokes. Our categories are thus organs of perception; they extend our physiological senses, allowing us to “touch” the external world in a more abstract fashion. They are our means of applying the richness of our past experience to the present; without them, we would flail about helplessly in the world.

—Surfaces and Essences: Analogy as the Fuel and Fire of Thinking by Douglas Hofstadter and Emmanuel Sander p.256 (Chapter 5)

A fascinating quote and a cool conceptualization of our ontologies.