On this episode of Handmade, ceramicist Jono Pandolfi shows us how his team makes 300 handcrafted plates, mugs, cups, and other dinnerware for some of America’s best restaurants. You can read more about Pandolfi here: https://bit.ly/2N3x9KR

Chef Yumi Chiba has spent her career trying to figure out one of sushi's most illusive specialities at her restaurant Anago no Uotake, Japan.

Social media has become our new home. Can we build it better? Taking design cues from urban planners and social scientists, technologist Eli Pariser shows how the problems we're encountering on digital platforms aren't all that new -- and shares how, by following the model of thriving towns and cities, we can create trustworthy online communities.

I liked Pariser’s idea of a video facepalm UI around the 12:25 mark.

I also loved the analogy of Facebook and 1970’s New York… I was sort of surprised at the audience applause at his comment, but this is such a heartwarming sign.

Wednesday on the NewsHour, the U.S. Ambassador to the European Union Gordon Sondland shares explosive testimony during the fourth day of the impeachment inquiry’s public hearings. Plus: Counselor to President Trump Kellyanne Conway and Rep. Steve Cohen, D-Tenn., respond to Sondland’s claims and a preview of the Wednesday night debate among 2020 Democrats.

I’m still not sure why any reputable news agency still gives Kellyanne Conway airtime, much less this much.

Monday on the NewsHour, chaos in Hong Kong, as police lay siege to a university campus in which hundreds of protesters are trapped. Plus: A preview of the second week of public impeachment hearings, President Trump’s military pardons, the 2020 Democratic field expands, Politics Monday with Amy Walter and Tamara Keith, Winslow Homer’s love of the sea and distinguishing between migrant and refugee.

Marie Yovanovitch, the former U.S. ambassador to Ukraine who was ousted from her position, is scheduled to testify Friday, Nov. 15, in a public hearing as part of the impeachment inquiry against President Donald Trump. The hearing comes the same week that two other diplomats-- George Kent and William Taylor, testified that they believed Trump’s personal lawyer, Rudy Giuliani, tried to dig up dirt on former vice president and 2020 presidential candidate Joe Biden and his son, Hunter. Kent testified that Giuliani also orchestrated a smear campaign against Yovanovitch in an attempt to force her out. The impeachment probe has entered a new, public phase and centers on Trump’s dealings with Ukraine—particularly a July phone call in which he asked Ukraine’s president to investigate the Bidens. Watch Yovanovitch’s full testimony here. 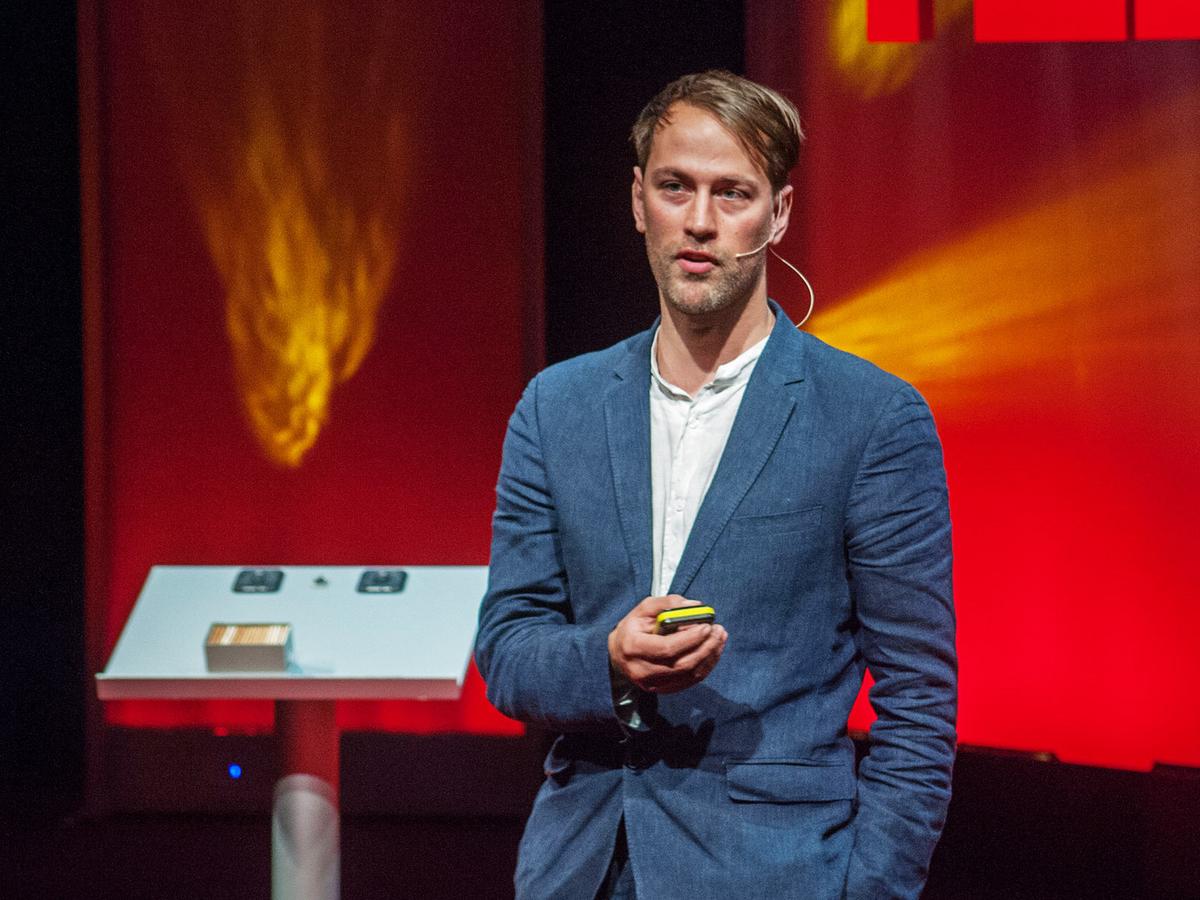 Western countries throw out nearly half of their food, not because it’s inedible -- but because it doesn’t look appealing. Tristram Stuart delves into the shocking data of wasted food, calling for a more responsible use of global resources.

The eruption of Mt. Vesuvius covered the city of Herculaneum in twenty meters of lava, simultaneously destroying the Herculaneum scrolls through carbonization and preserving the scrolls by protecting them from the elements. Unwrapping the scrolls would damage them, but researchers are anxious to read the texts. Researchers from the University of Kentucky collaborated with the Institut de France and SkyScan to digitally unwrap and preserve the scrolls. To learn more about the EDUCE project, go to http://cs.uky.edu/dri.

They haven’t finished the last mile, but having high resolution scans of the objects is great. I’m not sure why they’re handling these items manually when they could very likely be secured in better external casings and still imaged the same way.
WordPress.tv has posted my talk from WordCamp Riverside 2018. If you missed it live, you can review it again now. The slides can be found here on my site.

The web is my social network

Growing toxicity on Twitter, Facebook’s Cambridge Analytica scandal, algorithmic feeds, and a myriad of other problems have opened our eyes to the ever-growing costs of social media. Walled gardens have trapped us with the promise of “free” while addicting us to their products at the cost of our happiness, sense of self, sanity, and privacy. Can we take back our fractured online identities, data, and privacy to regain what we’ve lost?
I’ll talk about how I’ve used IndieWeb related technologies in conjunction with WordPress as a replacement for my social presence while still allowing easy interaction with friends, family, and colleagues online. I’ll show how everyone can easily use simple web standards to make WordPress a user-controlled, first-class social platform that works across domains and even other CMSs.
Let’s democratize social media using WordPress and the open web, the last social network you’ll ever need to join.

César Hidalgo has a radical suggestion for fixing our broken political system: automate it! In this provocative talk, he outlines a bold idea to bypass politicians by empowering citizens to create personalized AI representatives that participate directly in democratic decisions. Explore a new way to make collective decisions and expand your understanding of democracy.

He’s definitely right about the second part, but it’s also a communication problem because most of political speech is nuanced toward the side of untruths and covering up facts and potential outcomes to represent the outcome the speaker wants. There’s also far too much of our leaders saying “Do as I say (and attempt to legislate) and not as I do.” Examples include things like legislators working to actively take away things like abortion or condemn those who are LGBTQ when they actively do those things for themselves or their families or live out those lifestyles in secret.

This is an interesting idea, but definitely has many pitfalls with respect to how we know AI systems currently work. We’d definitely need to start small with simpler problems and build our way up to the more complex. However, even then, I’m not so sure that the complexity issues could ultimately be overcome. On it’s face it sounds like he’s relying too much on the old “clockwork” viewpoint of phyiscs, though I know that obviously isn’t (or couldn’t be) his personal viewpoint. There’s a lot more pathways for this to become a weapon of math destruction currently than the utopian tool he’s envisioning.

César A. Hidalgo is an assistant professor at the MIT Media Lab. Hidalgo’s work focuses on improving the understanding of systems by using and developing concepts of complexity, evolution, and network science; his goal is to help improve understanding of the evolution of prosperity in order to help develop industrial policies that can help countries raise the living standards of their citizens. His areas of application include economic development, systems biology, and social systems. Hidalgo is also a graphic-art enthusiast and has published and exhibited artwork that uses data collected originally for scientific purposes.

This talk was given at a TEDx event using the TED conference format but independently organized by a local community. Learn more at http://ted.com/tedx

WordPress.tv has posted my talk from WordCamp Santa Clarita Valley 2019. If you missed it live, you can review it again now. The slides are available for download as well.

Chris Aldrich provides an overview of the available plugin and endpoint for WordPress and a variety of client applications like Quill, Teacup, OwnYourGram, OwnYour Swarm, Omnibear, that allow one to post status updates, bookmarks, likes, check-ins/location data, photos, and more directly to WordPress sites.
We’ll also talk about how developers can create custom posting interfaces to drastically simplify content creation and posting for clients in ways that can be even simpler than working with Gutenberg.