In September I announced that the FTTE report would no longer be a free publication.  Instead, it would transition to a paid subscription model. How has that turned out? Here I’ll share the s…

New York magazine and Quartz both now want readers to pay up. How deep into their pockets will even dedicated news consumers go for a second (or third or fourth) read? 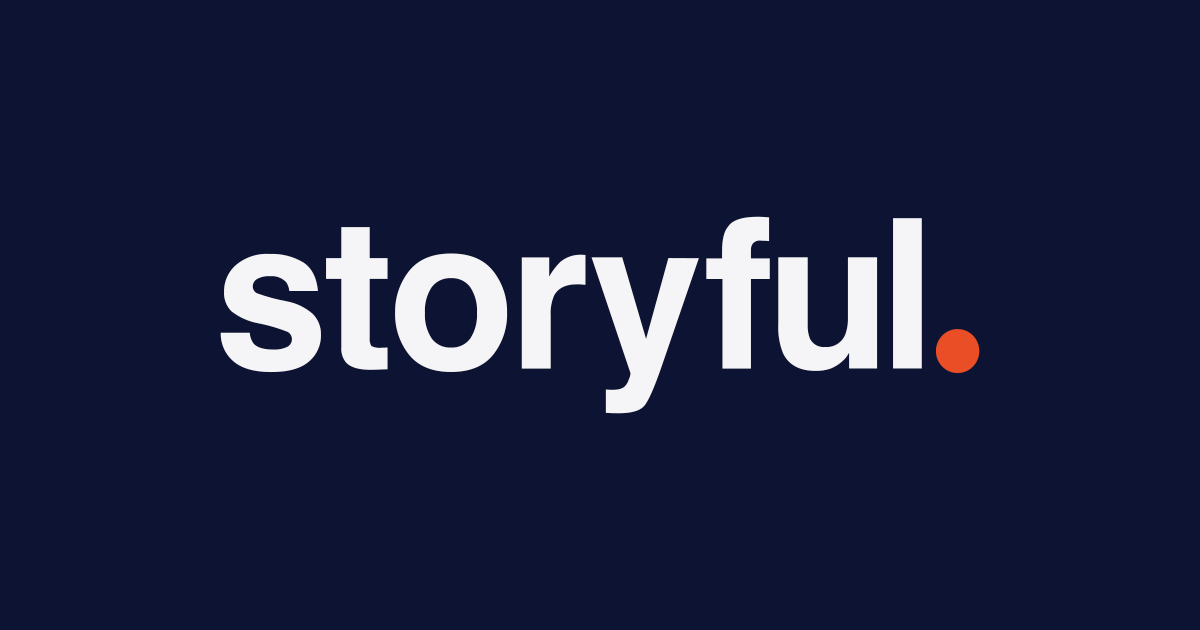 Storyful is a social media intelligence agency that sources and verifies insights for media, communications and brand partners by analyzing digital content.

Ok, Indieweb.xyz has been open for a month! The point of the site is to give you a place to syndicate your essays and conversations where they’ll actually be seen. In a way, it’s a silo—a central info container. Silos make it easy. You go there and dump stuff in. But, here in the Indieweb, we want No Central. We want Decentral. Which is more difficult because all these little sites and blogs out there have to work together—that’s tough! Ok so, going to back to how this works: Brad Enslen and I have been posting our thoughts about how to innovate blog directories, search and webrings to the /en/linking sub on Indieweb.xyz. If you want to join the conversation, just send your posts there by including a link like this in your post:

This was also posted to /en/linking.

If your blog supports Webmentions, then Indieweb.xyz should be notified of the post when you publish it. But even if your blog doesn’t support Webmentions, you can just submit your link by hand. How Indie Do I Need to Be? One of my big projects lately has been to make it very easy for you all out there to participate. You no longer need a ton of what they call ‘microformats’ everywhere on your blog. You literally just need to: Include the link above in your blog post. (You don’t even need the class="u-syndication" part, but I would still recommend it. If you have multiple links to Indieweb.xyz in your post, the one marked u-syndication will be preferred.) Send the Webmention. It helps if you have the microformats—this makes it easy to figure out who the author of the post is and so on. But Indieweb.xyz will now fallback to using HTML title tags (and RSS feed even) to figure out who is posting and what they are posting. The Blog Directory A feature I’m incredibly excited about is the blog directory, which lists all the blogs that post to Indieweb.xyz—and which also gives you a few hundred characters to describe your blog! (It uses the description meta tag from your blog’s home page.) I think of Indieweb.xyz as an experiment in building a decentralized forum in which everyone contributes their bits. And Indieweb.xyz merges them together. It’s decentralized because you can easily switch all your Indieweb.xyz links to another site, send your Webmentions—and now THAT site will merge you into their community. In a way, I’m starting to see it as a wiki where each person’s changes happen on their own blog. This blog directory is like a wiki page where everyone gets their little section to control. I’m going to expand this idea bit-by-bit over the next few months. Just to clarify: the directory is updated whenever you send a Webmention, so if you change your blog description, resend one of your Webmentions to update it. Bad Behavior and the Robot Police We are a long way off from solving abuse on our websites. We desperately want technology to solve this. But it is a human problem. I am starting to believe that the more we solve a problem with technology, the more human problems we create. (This has been generally true of pollution, human rights, ecology, quality of life, almost every human problem. There are, of course, fortuitous exceptions to this.) Decentralization is somewhat fortuitous. Smaller, isolated communities are less of a target. The World Trade Tower is a large, appealing target. But Sandy Hook still happens. A smaller community can survive longer, but it will still degenerate—small communities often become hostile to outsiders (a.k.a newcomers). So while a given Mastodon instance’s code of conduct provides a human solution—sudden, effortless removal of a terrorist—there will be false positives. I have been kicked out, hellbanned, ignored in communities many times—this isn’t an appeal for self-pity, just a note that moderation powers are often misdirected. I moved on to other communities—but I earnestly wanted to participate in some of those communities that I couldn’t seem to penetrate. So, yeah: rules will be coming together. It’s all we have. I’m impressed that the Hacker News community has held together for so long, but maybe it’s too much of a monoculture. HN’s guidelines seem to work. Commenting Last thing. A recent addition is a comment count on each submission. These comment counts are scraped from the blog post. It seems very “indieweb” to let the comments stay on the blog. The problem is that the microformats for comments are not widely supported and, well, they suck. It’s all just too complicated. You slightly change an HTML template and everything breaks. Not to mention that I have no idea if the number is actually correct. Are these legit comments? Or is the number being spoofed? I will also add that—if you submit a link to someone else’s blog, even if it’s an “indieweb” blog—the comment count will come from your blog. This is because the original entry might have been submitted by the author to a different sub. So your link contains the comments about that blog post for that sub. Really tight microformat templates will need to become widespread for this to become really useful. In the meantime, it’s a curious little feature that I’m happy to spend a few characters on.

I really should be syndicating to Indieweb.xyz more. It’s the type of interesting experiment I’m really enjoying watching unfold.

I’m looking for agreement, disagreement, or reflections on the following proposition: Time spent reading social timelines is time lost. Scrolling through a timeline is time consumed by the curated projections of other people’s lives, which are absorbed wholly and only at the cost of living your ...

An interesting take, I want to think about this for a bit…

This is a list of the feeds I'm reading. The page auto-updates every 10 minutes or so. Why? Because we need to resist the hyperfeeds and build our own small feeds in the open

I’m curious how you’re generating your particular feeds. For over a year now I’ve been using a simple bookmarklet system to post what I’m reading, listening to, and watching to my own website and providing it as various feeds (RSS, JSON, and a microformats-based hfeed/h-feed) for others as well as syndicating some of these to other sources. (For the RSS feeds just add /feed/ to the end of the links above. You can also chain them like so http://boffosocko.com/kind/read,listen,watch/ to get multiple feeds at once.)

I wish others were providing this type of data outside of the big silos as well, but it obviously needs to be much simpler.

Sebastian, first of all, thank you for your detailed write up on this issue. I think much of your roadmap is worthwhile, and of great interest.

I cannot, however, say that I am convinced by your contentions regarding the effect of GDPR and indieweb sites. In particular, I think your definitions are excessively broad, and you elide much information from both the Regulation itself and the Recitals.

It’s certainly interesting to see some of the replies to Sebastian’s article. It’s definitely stirring up some interesting thought. Daniel’s reply here is primarily to the legal issues at stake more than the design related issues, which have some interesting merit aside from the legal ones.

I think I fall somewhere in the middle of the two and see some of the moral and ethical pieces which are more important from a people perspective. I’m not as concerned about the law portion of it for a large variety of reasons. It’s most interesting to me to see the divide between how those in the EU and particularly Germany view the issue and those in the United States which may be looking at regulations in the coming years, particularly after the recent Facebook debacle.

As I think of these, I’m reminded about some of the cultural differences between Europe and the United States which Jeff Jarvis has expounded upon over the past several years. Europeans are generally more leery of corporations and trust government a bit more while in America it’s the opposite.

A1. Personally I have multiple Wordpress sites, and I'm working on a stand-alone domain for my higher-end, highest-value #content .. all are candidates to aggregate relevant insights, yes? Pros/Cons? #smchat #contentseries

@sourcePOV I like @jgmac1106‘s general idea, but having less overhead to manage and administer appealed to me a lot. Here’s some thoughts on what I ended up doing: http://boffosocko.com/2016/12/18/rss-feeds-a-follow-up-on-my-indieweb-commitment-2017/

tl;dr: Having fewer sites to deal with seemed like a stronger idea. I still wanted to feature the richer content over the smaller tidbits while also not overwhelming people who had subscribed in the past. I also took into account trying to make it relatively easy for people to subscribe to the particular data they want/need out of my website. My home page has a list of various post kinds available which may be useful to think about as well.

@mrkrndvs has played around in this area of aggregation as well with a few different websites and may have some insight too.

Whatever you decide, be sure to have some fun along the way.

WordPress Content Types and Fields WordPress is all about creating content. It comes bundled with Posts and Pages, which you can organise using the Categories and Tags taxonomies. It’s also got post meta fields which you can use to append data to your content – author, date, and custom fields, for example.

I’m going to use what works and is easy but focus on my content. When it doesn’t work; when it’s not easy. I’ll move on. Try another time.

Some worthwhile thoughts especially from a Gen2 perspective and on.