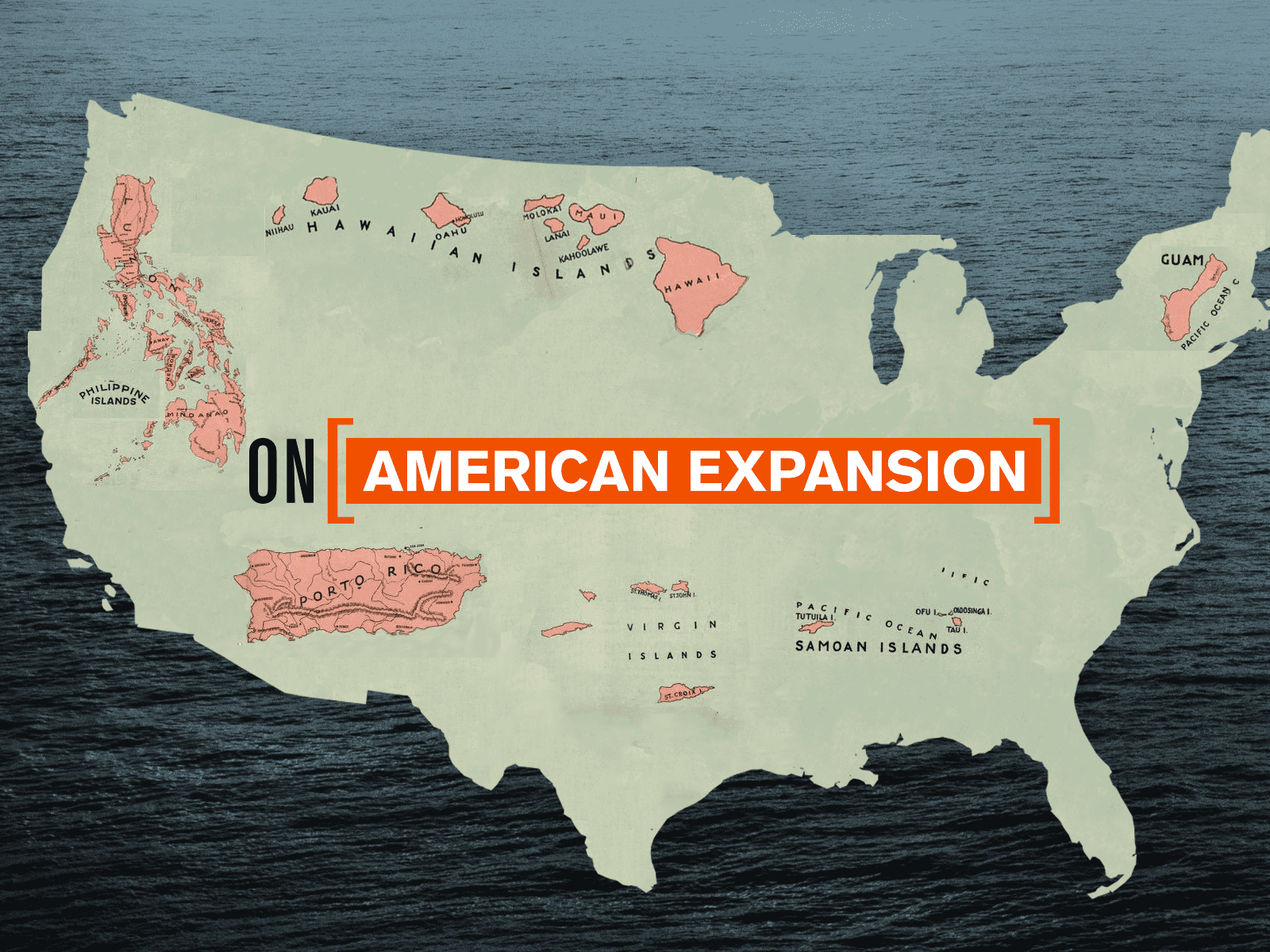 For Eddie Wise, owning a hog farm was a lifelong dream. In middle age, he and his wife, Dorothy, finally got a farm of their own. But they say that over the next twenty-five years, the U.S. government discriminated against them because of their race, and finally drove them off the land. Their story, by John Biewen, was produced in collaboration with Reveal.

It’s heartbreaking to hear the individual stories of those who were discriminated against. It’s even worse to consider the thousands of others whose stories aren’t told.

The concluding episode in our series, Seeing White. An exploration of solutions and responses to America’s deep history of white supremacy by host John Biewen, with Chenjerai Kumanyika, Robin DiAngelo, and William “Sandy” Darity, Jr.

We really need a lot more ways for people to become engaged and help to fix these issues.

When it comes to U.S. government programs and support earmarked for the benefit of particular racial groups, history is clear. White folks have received most of the goodies. By John Biewen, with Deena Hayes-Greene of the Racial Equity Institute and recurring series partner Chenjerai Kumanyika.

After listening to most of this series and really appreciating the work that has gone into it, I wish there were an online lecture series version of Deena Hayes-Greene’s work for the Racial Equity Institute. I’d love to hear a longer version of what they’ve done without needing to travel. Ideally it could be done as a paid series of lectures along the lines of what The Great Courses does (perhaps as history/sociology lectures?) or some other similar group that could produce it well with accompanying learning materials, but also done in a way to help underwrite and spread their work. I’d definitely pay for it.

We are an alliance of trainers, organizers, and institutional leaders who have devoted ourselves to the work of creating racially equitable organizations and systems. We help individuals develop tools to challenge patterns of power and grow equity. Join us today.

A photo series of Myra Green's white friends. A study of whiteness in America.

For years, Myra Greene had explored blackness through her photography, often in self-portraits. She wondered, what would it mean to take pictures of whiteness? For her friends, what was it like to be photographed because you’re white? With another conversation between host John Biewen and series collaborator Chenjerai Kumanyika.

It’s interesting to see this word “marked” defined in a modern advertising sense and comparing it with the word “stamped” in the quote “The ‘inequality of the white and black races’ was ‘stamped from the beginning'” from Jefferson Davis on April 12, 1860 on the floor of the U.S. Senate as quoted by Ibram X. Kendi in his book Stamped from the Beginning.

So now you’re combining Frisbee and golf. I mean, how much whiter can you get than that?!

For hundreds of years, the white-dominated American culture has raised the specter of the dangerous, violent black man. Host John Biewen tells the story of a confrontation with an African American teenager. Then he and recurring guest Chenjerai Kumanyika discuss that longstanding image – and its neglected flipside: white-on-black violence.

For hundreds of years, the white-dominated American culture has raised the specter of the dangerous, violent black man. Host John Biewen tells the story of a confrontation with an African American teenager. Then he and recurring guest Chenjerai Kumanyika discuss that longstanding image – and its neglected flipside: white-on-black violence.

The story of Bhagat Singh Thind, and also of Takao Ozawa – Asian immigrants who, in the 1920s, sought to convince the U.S. Supreme Court that they were white in order to gain American citizenship. Thind’s “bargain with white supremacy,” and the deeply revealing results.

In 1919, a white mob forced the entire black population of Corbin, Kentucky, to leave, at gunpoint. It was one of many racial expulsions in the United States. What happened, and how such racial cleansings became “America’s family secret.”

The history of Corbin as presented by the Corbin city government, with no mention of the 1919 racial expulsion.

Elliot Jaspin’s book, Buried in the Bitter Waters: The Hidden History of Racial Cleansings in America

Another in a long line of stories and history I wished I had learned in US History. I knew things were bad having grown up in the American South. I had no idea that they were this painfully bad. Holy shit.

“How attached are you to the idea of being white?” Chenjerai Kumanyika puts that question to host John Biewen, as they revisit an unfinished conversation from a previous episode. Part 7 of our series, Seeing White.

Relistened to this episode as a prelude to getting back into it after a long summer. Glad that there are so many more episodes to catch up on.

“How attached are you to the idea of being white?” Chenjerai Kumanyika puts that question to host John Biewen, as they revisit an unfinished conversation from a previous episode. Part 7 of our series, Seeing White.

There are some great questions here that are well worth revisiting in light of the remainder of the series.

Some of this discussion reminds me of a lazy, 20-something comedian I heard recently. He hadn’t accomplished anything useful in his life and felt like (and probably was in the eyes of many) a “complete failure.” He said he felt like an even worse failure because in the game of life, playing the straight white male, he was also failing while using the game’s lowest difficulty setting. I wish I could give the original attribution, but I don’t remember the comedian and upon searching I see that the general concept of the joke goes back much further than the source–so it may seem he was an even bigger failure in that he was also lifting the material from somewhere else. What else should we expect in a society of such privilege?

When it comes to America’s racial sins, past and present, a lot of us see people in one region of the country as guiltier than the rest. Host John Biewen spoke with some white Southern friends about that tendency. Part Six of our ongoing series, Seeing White. With recurring guest, Chenjerai Kumanyika.

Having lived in many parts of the country growing up (Dahlonega, GA; Burlington, CT; Calhoun, GA; Baltimore, MD; Charlotte, NC; etc.), I can attest that the generalities described here do dovetail with many of my experiences. The cultures with respect to racism are very different depending on town, region, state, and histories.

Growing up in Mankato, Minnesota, John Biewen heard next to nothing about the town’s most important historical event. In 1862, Mankato was the site of the largest mass execution in U.S. history – the hanging of 38 Dakota warriors – following one of the major wars between Plains Indians and settlers. In this documentary, originally produced for This American Life, John goes back to Minnesota to explore what happened, and why Minnesotans didn’t talk about it afterwards.

These episodes and the brutal history they contain and suggest have been pretty gut-wrenching so far. This by far delves more deeply into the history and as a result is much more hear-rending than the others. It really makes me sick what our “nationalistic” tendencies have wrought thus far, and by all intents continues to continue to do.

If you haven’t been listening to this excellent series, I hope you’ll stop what you’re doing right now and listen to them all. I highly recommend it as required listening for everyone–even if you think you know what the message is.

Though this particular episode wasn’t specifically created for this series, it fits in incredibly well. I almost wish that some of the others in the series delved this deeply into some of the history as this one does. It really brings the problem into high relief and puts a more human face on the problems we may not see around us by looking back at a particular incident.