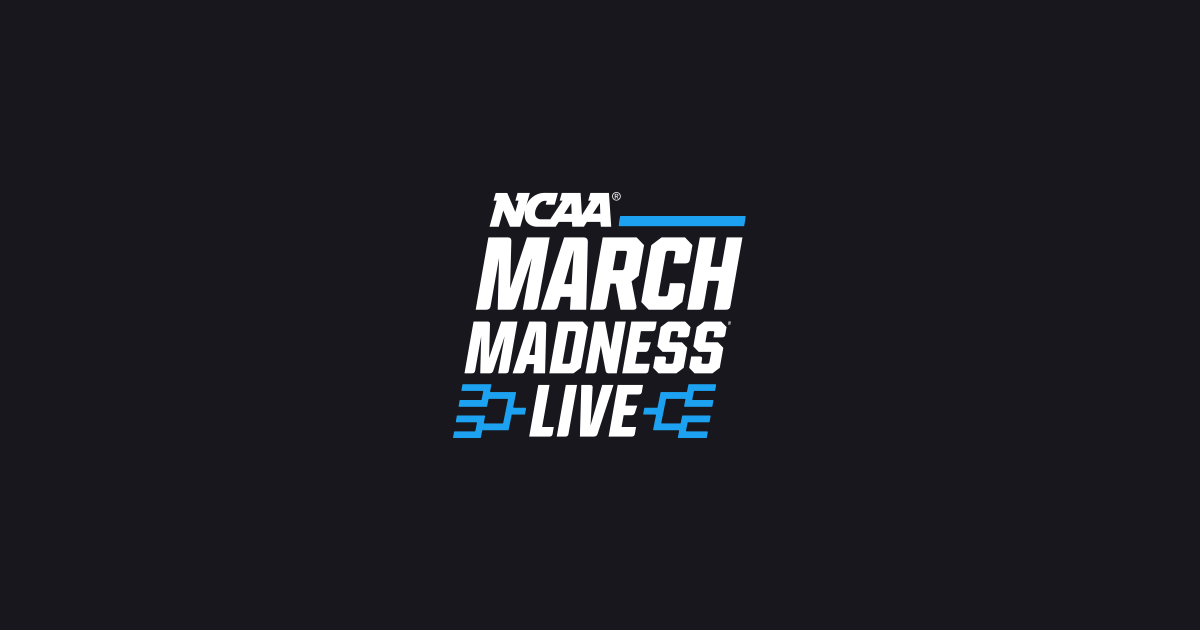 UCLA loses 90-93 with a last second buzzer-beater in overtime after a tight game.

Holy crap that was a tight ending! Impressive showing by UCLA(11) against Gonzaga(1).

Watching the match between UCLA and the Arizona Wildcats where they’re celebrating Pride. Sadly, we got there about an hour late and missed the UCLA vaulting rotation. 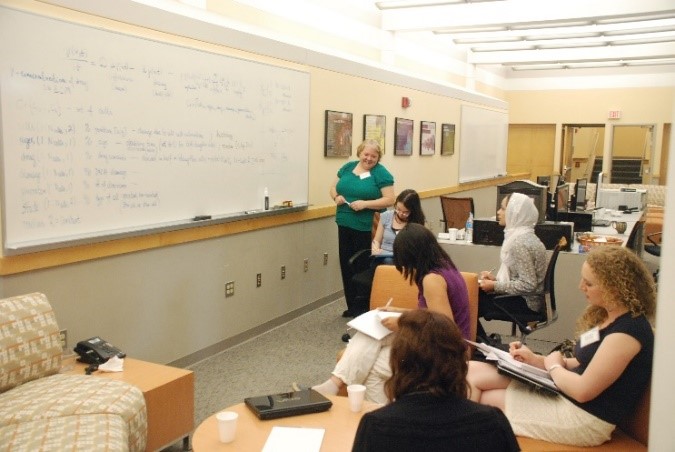 This workshop will tackle a variety of biological and medical questions using mathematical models to understand complex system dynamics. Working in collaborative teams of 6, each with a senior research mentor, participants will spend a week making significant progress with a research project and foster innovation in the application of mathematical, statistical, and computational methods in the resolution of problems in the biosciences. By matching senior research mentors with junior mathematicians, the workshop will expand and support the community of scholars in mathematical biosciences. In addition to the modeling goals, an aim of this workshop is to foster research collaboration among women in mathematical biology. Results from the workshop will be published in a peer-reviewed volume, highlighting the contributions of the newly-formed groups. Previous workshops in this series have occurred at IMA, NIMBioS, and MBI.

This workshop will have a special format designed to facilitate effective collaborations.

It is expected that each group will continue to work on their project together after the workshop, and that they will submit results to the Proceedings volume for the workshop.

The benefit of such a structured program with leaders, projects and working groups planned in advance is based on the successful WIN, Women In Numbers, conferences and is intended to provide vertically integrated mentoring: senior women will meet, mentor, and collaborate with the brightest young women in their field on a part of their research agenda of their choosing, and junior women and graduate students will develop their network of colleagues and supporters and encounter important new research areas to work in, thereby fostering a successful research career. This workshop is partially supported by NSF-HRD 1500481 – AWM ADVANCE grant.

Here's where you can make a splash at UCLA this summer.

When: Wednesday, October 25, 2017, from 4:30 PM – 6:30 PM PDT Where: UCLA California NanoSystems Institute (CNSI), 570 Westwood Plaza, Los Angeles, CA 90095 While there is no mathematical formula for writing television comedy, for the writers of The Simpsons, Futurama, and The Big Bang Theory, mathematical formulas (along with classic equations and cutting-edge theorems) can sometimes be an integral part of those shows. In a lively and nerdy discussion, five of these writers (who have advanced degrees in math, physics, and computer science) will share their love of numbers and talent for producing laughter. Mathematician Sarah Greenwald, who teaches and writes about math in popular culture, will moderate the panel. The event will begin with a lecture by bestselling author Simon Singh (The Simpsons and Their Mathematical Secrets), who will examine some of the mathematical nuggets hidden in The Simpsons (from Euler’s identity to Mersenne primes) and discuss how Futurama has also managed to include obscure number theory and complex ideas about geometry. Tickets: Tickets are $15 each and seating is limited, so reserve your seat soon. Tickets can be purchased here via Eventbrite (ticket required for entry to the event). A limited number of free tickets will be reserved for UCLA students. We ask that students come to IPAM between 9:00am and 3:00pm on Friday, October 20, to present your BruinCard and pick up your ticket (one ticket per BruinCard, nontransferable). If any tickets remain, we will continue distributing free tickets to students on Monday, Oct. 23, starting at 9:00am until we run out. Both your ticket and BruinCard must be presented at the door for entry. Doors open at 4:00. Please plan to arrive early to check in and find a seat. We expect a large audience.

Okay math nerds, this looks like an interesting lecture if you’re in Los Angeles next Wednesday. I remember reading and mostly liking Singh’s book The Simpsons and Their Mathematical Secrets a few years back.

The hard core math crowd may be disappointed in the level, but it could be an interesting group to get out and be social with.

My review of The Simpsons and Their Mathematical Secrets from Goodreads:

I’m both a math junkie and fan of the Simpsons. Singh’s book is generally excellent and well written and covers a broad range of mathematical areas. I’m a major fan of his book Big Bang: The Origin of the Universe, but find myself wanting much more from this effort. Much of my problem stems from my very deep knowledge of math and its history as well as having read most of the vignettes covered here in other general popular texts multiple times. Fortunately most readers won’t suffer from this and will hopefully find some interesting tidbits both about the Simpsons and math here to whet their appetites.

There were several spots at which I felt that Singh stretched a bit too far in attempting to tie the Simpsons to “mathematics” and possibly worse, several spots where he took deliberate detours into tangential subjects that had absolutely no relation to the Simpsons, but these are ultimately good for the broader public reading what may be the only math-related book they pick up this decade.

This could be considered a modern-day version of E.T. Bell‘s Men of Mathematics but with an overly healthy dose of side-entertainment via the Simpsons and Futurama to help the medicine go down.

A new UCLA sweatshirt with UCLA in the background.
Need some new UCLAwear.

I’ve meant to stop in here many times and somehow just never did, but some of my old UCLA shirts/sweatshirts are starting to look shabby.

I’m not sure what I was thinking with this selfie…

Algebraic geometry is the study, using algebraic tools, of geometric objects defined as the solution sets to systems of polynomial equations in several variables. This introductory course, the first in a two-quarter sequence, develops the basic theory of the subject, beginning with seminal theorems—the Hilbert Basis Theorem and Hilbert’s Nullstellensatz—that establish the dual relationship between so-called varieties—both affine and projective—and certain ideals of the polynomial ring in some number of variables. Topics covered in this first quarter include: algebraic sets, projective spaces, Zariski topology, coordinate rings, the Grassmannian, irreducibility and dimension, morphisms, sheaves, and prevarieties. The theoretical discussion will be supported by a large number of examples and exercises. The course should appeal to those with an interest in gaining a deeper understanding of the mathematical interplay among algebra, geometry, and topology. Prerequisites: Some exposure to advanced mathematical methods, particularly those pertaining to ring theory, fields extensions, and point-set topology.

Yes math fans, as previously hinted at in prior conversations, we’ll be taking a deep dive into the overlap of algebra and geometry. Be sure to line up expeditiously as registration for the class won’t happen until July 31, 2017.

While it’s not yet confirmed, some sources have indicated that this may be the first part of a two quarter sequence on the topic. As soon as we have more details, we’ll post them here first. As of this writing, there is no officially announced textbook for the course, but we’ve got some initial guesses and the best are as follows (roughly in decreasing order):

For those who are new to Dr. Miller’s awesome lectures, I’ve written some hints and tips on what to expect.

Most of his classes range from about 20-30 people, many of them lifelong regulars. (Yes, there are dozens of people like me who will take almost everything he teaches–he’s that good. This class, my 22nd, will be the start of my second decade of math with him.)

@lpachter Your cup of tea over at UCLA next week? Regulatory & Epigenetic Stochasticity in Development & Disease http://www.ipam.ucla.edu/programs/workshops/regulatory-and-epigenetic-stochasticity-in-development-and-disease

The equations of gauge theory lie at the heart of our understanding of particle physics. The Standard Model, which describes the electromagnetic, weak, and strong forces, is based on the Yang-Mills equations. Starting with the work of Donaldson in the 1980s, gauge theory has also been successfully applied in other areas of pure mathematics, such as low dimensional topology, symplectic geometry, and algebraic geometry.

More recently, Witten proposed a gauge-theoretic interpretation of Khovanov homology, a knot invariant whose origins lie in representation theory. Khovanov homology is a “categorification” of the celebrated Jones polynomial, in the sense that its Euler characteristic recovers this polynomial. At the moment, Khovanov homology is only defined for knots in the three-sphere, but Witten’s proposal holds the promise of generalizations to other three-manifolds, and perhaps of producing new invariants of four-manifolds.

This workshop will bring together researchers from several different fields (theoretical physics, mathematical gauge theory, topology, analysis / PDE, representation theory, symplectic geometry, and algebraic geometry), and thus help facilitate connections between these areas. The common focus will be to understand Khovanov homology and related invariants through the lens of gauge theory.

This workshop will include a poster session; a request for posters will be sent to registered participants in advance of the workshop.

Edward Witten will be giving two public lectures as part of the Green Family Lecture series:

March 8, 2017
An Introduction to the SYK Model
The Sachdev-Ye model was originally a model of quantum spin liquids that was introduced in the mid-1990′s. In recent years, it has been reinterpreted by Kitaev as a model of quantum chaos and black holes. This lecture will be primarily a gentle introduction to the SYK model, though I will also describe a few more recent results.