As readers, we love books. We also recognize that books are about more than the author’s name on the front cover. Books wouldn’t exist without authors, but so much goes into publishing your favorite titles. From publicity to copyediting and book design, the publishing world is vast and varied. Have you ever wondered how to find the editor of a book? It’s actually super easy most of the time.

This didn’t have as much useful advice as I would have hoped. 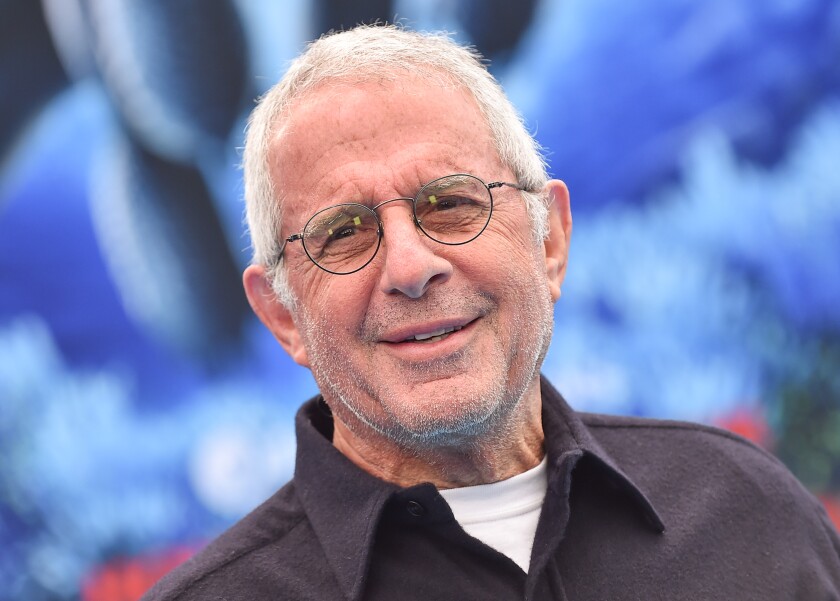 Ron Meyer, the former vice chairman of NBCUniversal, was the second mogul embroiled in a sex scandal with Charlotte Kirk to be toppled in less than two years.

I got sidetracked tonight and jumped into the rabbithole that is Pollen and Racket, which I’ve been tempted to look into for several years for simultaneously publishing both websites and books.

In just a few minutes in a quick demo, I’ve been able to build a local website. This seems a bit easier than I had initially expected, but there’s still a way to go… 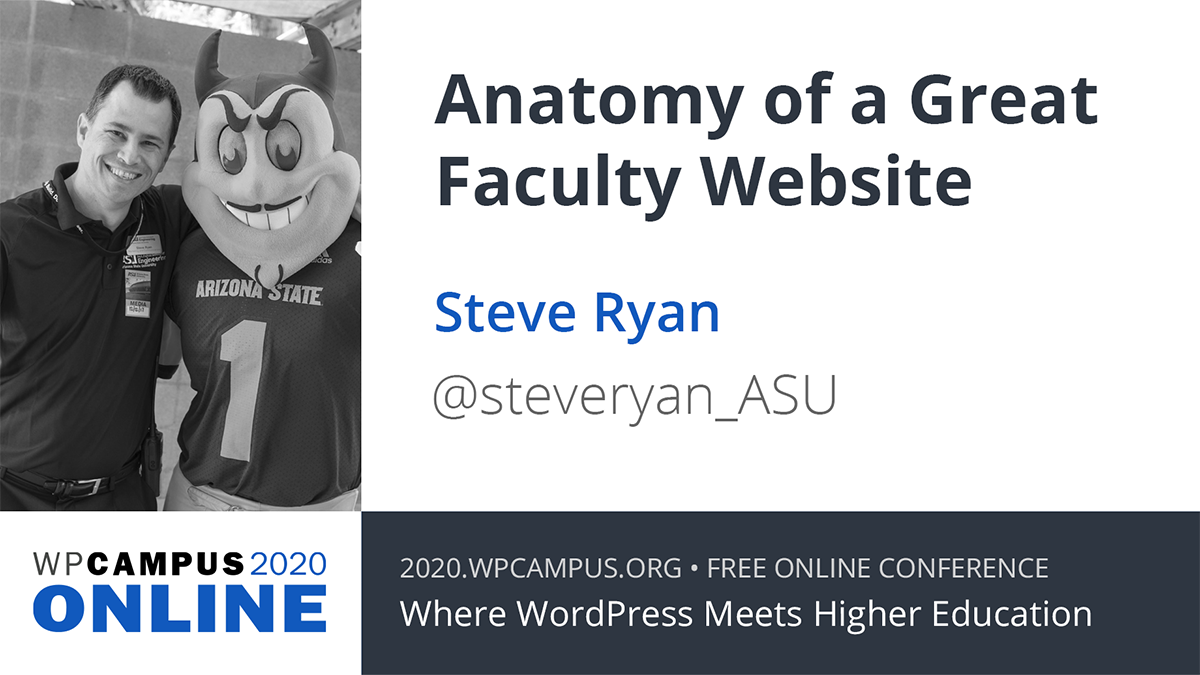 Within higher education, requests to build websites for individual faculty members sit at the absolute bottom of the work queue for most marketing/communications teams. If this type of product is offered at all, it typically uses a self-service model; the institution will provide the platform while the faculty member will provide the content. And while this is the most sustainable model for most small and mid-sized web teams, it tends to produce multiple websites that are ineffective at communicating even simple messages. Worse, they have a high tendency to become the poorest reflections of the institution with a high rate of abandonment or misuse.

Let's fix that tendency together. With a careful examination of what really matters to faculty members who are looking to create and maintain their own websites, we can begin to build better sites. With better sites (and a little luck), you can start to derive value from the project at the bottom of your work pile.

Together we'll talk about:

This is an awesome little session at WPCampus 2020 Online. (Video for it available shortly.) It reminds me a lot of the Drupal project Open Scholar that does something similar. I can see it being useful for folks in the Domain of One’s Own space.

I totally want to start using something like this myself to not only test it out, but to build in the proper microformats v2 mark up so that it’s IndieWeb friendly. Perhaps a project at the planned IWC Pop-up Theme raising session?

He presided over live morning shows for four decades, emceed 'Who Wants to Be a Millionaire' and served as Joey Bishop's late-night sidekick.

Now that Regis and Hugh Downs have both passed away within weeks of each other, I’m wondering which living person now has the record for most time in front of a camera?

ISBNdb gathers data from hundreds of libraries, publishers, merchants and other sources around the globe to compile a vast collection of unique book data searchable by ISBN, title, author, or publisher. Get a FREE 7 day trial and get access to the full database of 24 + million books and all data points including title, author, publisher, publish date, binding, pages, list price, and more.

Carl Reiner, the writer, producer, director and actor who was part of Sid Caesar’s legendary team and went on to create “The Dick Van Dyke Show” and direct several hit films, has …

The last of the old school Borsch Belt is disappearing…

How did Anne Hathaway become Catwoman? To portray Batman’s purring nemesis in Christopher Nolan’s 2012 movie “The Dark Knight Rises,” the actress realized that she needed to…

Hathaway also recalled a specific detail from Nolan’s movie sets. “He doesn’t allow chairs, and his reasoning is, if you have chairs, people will sit, and if they’re sitting, they’re not working,” Hathaway said. “I mean, he has these incredible movies in terms of scope and ambition and technical prowess and emotion. It always arrives at the end under schedule and under budget. I think he’s onto something with the chair thing.” 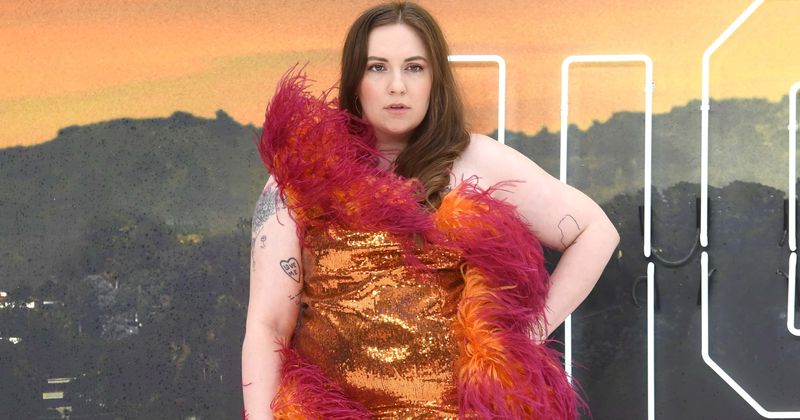 Social media users revisited Durham's 2017 interview, which said that she pitched the show 'Girls' to HBO with no character or plot and accused her of using her parents' connection to achieve success

What's the semantic way to say in HTML "this work was cited in that academic paper"?

I know how I cite something in SchemaOrg (see screenshot) - but I want to do the reverse. Like a pingback or webmention.

Is this possible / sensible / useful? pic.twitter.com/MBmdRd970Q

I’ve noted before how Altmetric does what some would call backfeed, though I’m not sure what or how their mechanism works other than some heavy search and extreme processing from social media platforms.

Pingbacks are essentially dead and in personal experience some of the few sites that still support them are in academia, but they’re relatively rare and have horrible UI in the best of times. Webmention is a much better evolutionary extension of the pingback idea and have been rapidly growing since before the spec was standardized by the W3C.

I’ve sketched out how individual academics could use their own websites and publish pre-prints and syndicate them to pre-print servers and even to their final publications while still leveraging Webmentions to allow their journal articles, books, other works, to accept and receive webmentions from other web publications as well as social media platforms that reference them.

I think the Microformats process is probably the best standardized way of doing this with classes and basic HTML and there is a robust offering of parsers that work in a variety  of programming languages to help get this going. To my mind the pre-existing h-cite is probably the best route to use along with the well-distributed and oft-used <cite> tag with authorship details easily fitting into the h-card structure.

As an example, if Zeynep were to cite Tessie, then she could write up her citation in basic HTML with a few microformats and include a link to the original paper (with a rel=”canonical” or copies on pre-print servers or other journal repositories with a rel=”alternate” markup). On publishing a standard Webmention would be sent and verified and Tessie could have the option of displaying the citation on her website in something like a “Citation” section. The Post Type Discovery algorithm is reasonably sophisticated enough that I think a “citation” like this could be included in the parsing so as to help automate the way that these are found and displayed while still providing some flexibility to both ends of the transaction.

Ideally all participants would also support sending salmentions so that the online version of the “officially” published paper, say in Nature, that receives citations would forward any mentions back to the canonical version or the pre-print versions.

Since most of the basic citation data is semantic enough in mark up the receiver with parsing should be able to designate any of the thousands of journal citation formats that they like to display any particular flavor on the receiving website, which may be it’s own interesting sub-problem.

Of course those wishing to use schema.org or JSON-LD could include additional markup for those as well as parsing if they liked.

Perhaps I ought to write a longer journal article with a full outline and diagrams to formalize it and catch some of the potential edge cases.

Shucks. I kind of want them to do both (well, maybe not *Drupal*). But I take your point.

I want it all too! If you’d like to join us at IndieWebCamp this weekend (free online), let’s have a session there to brainstorm how we can have our cakes and eat them too.

I think some of the POSSE (Post on your Own Site, Syndicate Elsewhere) model may work to smooth some of this over. For example, I can write my response to everyone on my own WordPress site and fairly easily syndicate it to Twitter to have the best of both worlds.

If this weekend isn’t convenient, let’s host a pop-up session or mini-conference in a bit to discuss it and see what we can hack together.

I wonder how on earth one finds the ISBN of a Kindle-only book? I’m wondering whether or not the IndieWeb book resources should begin going by ASIN instead of ISBN … seems that the ASIN is easy to find if on GoodReads.

Each publisher should be assigning individual International Standard Book Numbers to each format for each different edition, but in practice they don’t always. Often they’ll assign a single ISBN number to all e-book versions (regardless of file format) and sometimes they’ll incorrectly use the same number as the paperback or hardback editions.

Things can be worse for more independent or self-published works where the author doesn’t know how these things work. These may often have no ISBN at all regardless of the format.

The least “indie” thing one could do would be to use the Amazon Standard Identification Number which is a number assigned by Amazon. ASINs are easy to find on Goodreads solely because they’re owned by Amazon. In many cases, there are far more editions on Goodreads than actually exist because of the lack of use of ISBNs and de-duplication of editions which they import from a variety of data sources, including Amazon itself.

To my knowledge, the only true way to find the “correct” ISBN is to copy it directly from the book/source itself.

EXCLUSIVE: Veteran WME agent George Freeman has been let go by the agency today because of an e-mail he meant to send to an individual but mistakenly dispersed to a large number of colleagues. The …

Institute ends negotiations for a new journals contract in the absence of a proposal aligning with the MIT Framework for Publisher Contracts.

Kudos! This is a great move.