In 1965 Ted Nelson imagined a system of interactive, extendable text where words would be freed from the constraints of paper documents. This hypertext would make documents linkable.

I love the layout and the fantastic live UI examples on this page.

There are a few missing pieces for the primacy of some of these ideas. The broader concept of the commonplace book predated Nelson and Bush by centuries and surely informed much (if not all) of their thinking about these ideas. It’s assuredly the case that people already had the ideas either in their heads or written down and the links between them existed only in their minds or to some extent in indices as can be found in the literature—John Locke had a particularly popular index method that was widely circulated.

The other piece I find missing is a more historical and anthropological one which Western culture has wholly discounted until recently. There’s a pattern around the world of indigenous peoples in primarily oral cultures using mnemonic techniques going back at least 40,000 years. Many of these techniques were built into daily life in ways heretofore unimagined in modern Western Culture, but which are a more deeply layered version of transclusion imagined here. In some sense they transcluded almost all of their most important knowledge into their daily lives. The primary difference is that all the information was stored visually and associatively in the minds of people rather than on paper (through literacy) or via computers. The best work I’ve seen on the subject is Lynne Kelly’s Knowledge and Power in Prehistoric Societies: Orality, Memory and the Transmission of Culture which has its own profound thesis and is underpinned by a great deal of archaeologic and anthropologic primary research. Given its density I recommend her short lecture Modern Memory, Ancient Methods which does a reasonable job of scratching the surface of these ideas.

Another fantastic historical precursor of these ideas can be found in ancient Jewish writings like the Mishnah which is often presented as an original, more ancient text surrounded by annotated interpretations which are surrounded by other re-interpretations on the same page. Remi Kalir and Antero Garcia have a good discussion of this in their book Annotation (MIT Press, 2019).

It would create a more layered and nuanced form of hypertext – something we’re exploring in the Digital Gardening movement. We could build accumulative, conversational exchanges with people on the level of the word, sentence, and paragraph, not the entire document. Authors could fix typos, write revisions, and push version updates that propogate across the web the same way we do with software. ❧

The Webmention spec allows for resending notifications and thus subsequent re-parsing and updating of content. This could be a signal sent to any links to the content that it had been updated and allow any translcuded pages to update if they wished.

In this idealised utopia we obviously want to place value on sharing and curation as well as original creation, which means giving a small fraction of the payment to the re-publisher as well.We should note monetisation of all this content is optional. Some websites would allow their content to be transcluded for free, while others might charge hefty fees for a few sentences. If all goes well, we’d expect the majority of content on the web to be either free or priced at reasonable micro-amounts. ❧

While this is nice in theory, there’s a long road strewn with attempts at micropayments on the web. I see new ones every six months or so. (Here’s a recent one: https://www.youtube.com/playlist?list=PLqrvNoDE35lFDUv2enkaEKuo6ATBj9GmL)

This also dramatically misses the idea of how copyright and intellectual property work in many countries with regard to fair use doctrine. For short quotes and excerpts almost anyone anywhere can do this for free already. It’s definitely nice and proper to credit the original, but as a society we already have norms for how to do this.

Transclusion would make this whole scenario quite different. Let’s imagine this again… ❧

Many in the IndieWeb have already prototyped this using some open web standards. It’s embodied in the idea of media fragments and fragmentions, a portmanteau of the words fragment and Webmention.

A great example can be found at https://www.kartikprabhu.com/articles/marginalia

This reminds me that I need to kick my own server to fix the functionality on my main site and potentially add it to a few others.

We can easily imagine transclusions going the way of the public comments section. ❧

There are definitely ways around this, particularly if it is done by the site owner instead of enabled by a third party system like News Genius or Hypothes.is.

Examples of this in the wild can be found at https://indieweb.org/annotation#Annotation_Sites_Enable_Abuse.

And God spoke:
“I am the LORD your God, who brought you out of the land of Egypt, out of the house of slavery. You shall have no other gods before Me. You shall not make for yourself an idol of any kind or an image of anything in the heavens above, on the earth beneath, or in the waters below.
–Exodus 20:1-4

I have a hypothesis that the admonition in the ten commandments to have no other gods nor to worship idols was the result of a power struggle among early peoples on the border of nomadic lives and settling down into agricultural lifeways. These peoples may likely have been associating their memories not only to standing stones, portable items (the Ark of the Covenant as an example which was historically said to be carried into war), or small idols and graven images.

By removing peoples’ valuable cultural and societal memories over several generations, a ruling priestly class, particularly in a society with not evenly distributed writing and literacy, would have been more easily able to aggregate power within the culture to itself. From a cultural perspective it would also have put an extreme emphasis on writing, literacy, and learning with them. Is this part of an explanation for why Jewish culture still has such an emphasis on these tools thousands of years later?

This obviously needs to be thought out further with supporting evidence from the historical and archaeological record, but on first blush, I feel like the evidence for this hypothesis generally exists.

If I’m right, then these few sentences have had a far more dramatic influence on Western and even human culture than we have previously thought.

Featured Image: The Crusader Bible, MS M.638, fol. 39v, Paris, France, ca. 1244–1254, 390 x 300 mm, via the Morgan Library & Museum, Purchased by J.P. Morgan (1867–1943) in 1916
David’s Greatest Triumph, The Ark Enshrined in Jerusalem, David Blesses Israel
Old Testament Miniatures with Latin, Persian, and Judeo-Persian inscriptions
David retrieves the Ark of the Covenant from Obed-Edom’s house, and a jubilant celebration ensues as the triumphant king, playing upon his harp, leads it into Jerusalem. Once the Ark has come six paces into the city, a sacrifice is made of an ox and a ram. No one is more overjoyed than the king himself, who dances and leaps before the procession. David’s wild behavior embarrasses Michal, who points accusingly at him from her window. But the king is unconcerned, wishing only to give thanks and humble himself before God. (2 Kings 6:12–16)

A special history lesson in time for the holidays.

Today is Christmas, but it's also Hanukkah — the Jewish festival of lights. With its emphasis on present-giving, dreidel games and sweet treats, the holiday seems to be oriented towards kids. Even the story of Hanukkah has had its edges shaved down over time. Ostensibly, the holiday is a celebration of a victory against an oppressive Greek regime in Palestine over two thousand years ago, the miracle of oil that lit Jerusalem's holy temple for 8 days and nights, and the perseverance of the Jewish faith against all odds.

According to Rabbi James Ponet, Emeritus Howard M. Holtzmann Jewish Chaplain at Yale University, the kid-friendly Hanukkah mythology has obscured the thorny historical details that offer deeper truths about what it means to be a Jew. In his 2005 Slate piece, "Hanukkah as Jewish Civil War," Ponet looked at the often-overlooked Jew-on-Jew violence that under-girds the Hanukkah story. In 2018, he and Brooke discussed how this civil war lives on in Jewish views on Israel, and how the tension between assimilation and tradition came to define the Jewish people. We're re-releasing it today in time for the holidays.

📖 14% done with The History of the English Language, 2nd Edition by Seth Lerer

Listened to Lecture 5 and the first several minutes of 6 today while cooking in the kitchen.

There’s some interesting history about the ideas of law, ligatures, and links. He also has an interesting history of the words ‘apocalypse’ and ‘revelation’ which ultimately mean the same thing. Apocalypse essentially means to ‘take away the cover’. He doesn’t go into it, but this word also has historical relation to the removal of the curtain within the holy of holies, or in the New Testament the rending of said curtain at the death of Jesus. Subsequently there has obviously been a lot of semantic shift to create our modern day meaning of apocalypse.

I’ve seen some old Haggadahs like this in the past from Maxwell House, but this is an awesome crossover promotion with Passover coming up.

If you like quantum, complexity, etc., then please read to the end! I’ve gotten a bunch of emails lately of the form “why haven’t you ever blogged about such-and-such?,” when it turned out that I damn well did blog about it; it was just somewhere down in a multi-item post.

One Protestant group wants the federal government to sponsor discrimination.

The Internet of 2010 contained many things, and free of charge. It had the full works of Shakespeare. It had robust English translations of classical Greek philosophy. It had just about every Miley Cyrus lyric. But when Joshua Foer, author of “Moonwalking With Einstein” and creator of the travel website Atlas Obscura, sat down one day to find a modern, complete English translation online of the Talmud, or Jewish Oral Law, he came up mostly empty, save for some pirated PDFs and a host of anti-Semitic sites.

Browse 1,000s of Jewish texts in the Sefaria Library by category and title.

The practice of sucking blood from a baby’s incision is defended by ultra-Orthodox rabbis, and the Bloomberg administration requirement that parents sign a consent form has been largely ignored.

A painful documentary to watch. It’s fine for communities like this to exist and even flourish, but they should not be so insular so as to force people to live within them and deal with tremendous abuse and lack of choice. 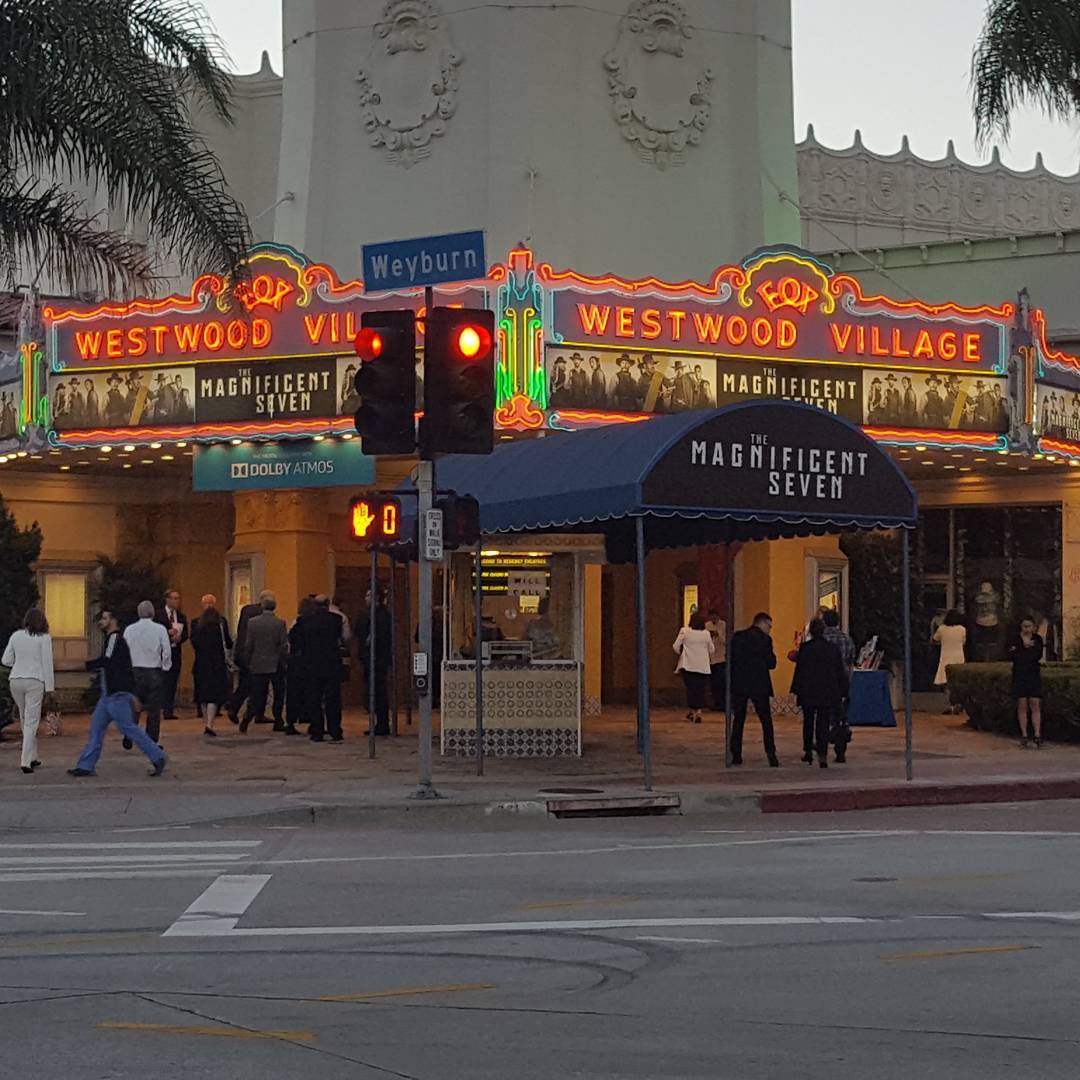